The Red Devils skipper is aware his ambitious outfit need to start landing silverware, saying success would offer the perfect response to critics

Harry Maguire wants a trophy at Manchester United to silence the club’s haters, with the Red Devils skipper aware that plenty of people want to see the Old Trafford heavyweights fail.

Ole Gunnar Solskjaer has inherited the managerial reins, with the 1999 Treble winner charged with the task of replicating the success of his playing days.

That has been a slow process, but optimism is building again in 2021. United have come into contention for the Premier League title, while also remaining in the hunt for FA Cup and Europa League honours.

Maguire is determined to get his hands on at least one prize and deliver the perfect response to critics that continue to write the Red Devils off.

The England international defender told United’s official podcast when asked if doubters provide added motivation: “I enjoy it. I don’t mind it at all. When I lift my first trophy at this club it will put a bigger smile on my face knowing there’s a lot of people not wanting us to do that.

Maguire has been with United since the summer of 2019, when he made his record-breaking £80 million ($110m) move from Leicester.

He has inherited the captain’s armband at Old Trafford and played his way through the odd dip to remain an important part of Solskjaer’s plans.

The plan now is to deliver on expectations, with the Red Devils aware of the need to get back on a trophy trail as soon as possible.

“I’ve felt from the moment I walked into this club we have improved a lot,” Maguire added. “Performance-wise is so important because you can get lucky in one, two, three games when your performances aren’t good and you scrape wins, but you are never going to last over a season.

“You have to make sure performances look after themselves and give yourself an opportunity to go and win games over a period. Keep improving but for sure, at this club we have got to win trophies.

“We have to start competing in the league to win the title and then we have to start lifting trophies and winning the biggest competitions in the world and being involved in them.”

Fri Feb 5 , 2021
Nigerians make their predictions ahead of the Premier League match between Liverpool and Manchester City Source of the article 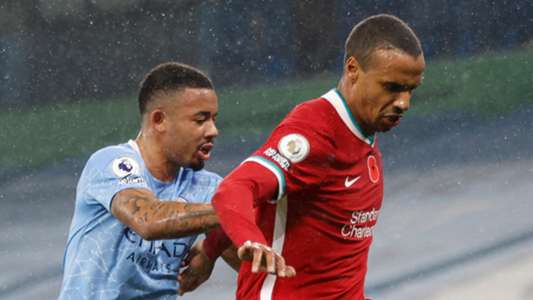