Manchester United need to snap up a centre-half partner for Harry Maguire while another left-back may be sought at some stage, says Paul Ince, with the former Red Devil saying he is “not sure what Alex Telles is”.

Ole Gunnar Solskjaer has continued to invest heavily in reinforcements at the back during his reign at Old Trafford.

An £80 million ($109m) deal for Maguire in 2019 smashed transfer records, while big money has been spent on full-backs Aaron Wan-Bissaka and Telles.

Questions have continued to be asked of whether United are strong enough in defence to sustain a title challenge, despite forcing their way into contention for the Premier League crown this season.

Ince believes those issues need to be addressed in order for major silverware to be chased down, with a left-sided centre-half considered to have a transfer priority for some time now.

Former United midfielder Ince told Sky Sports when quizzed on where Solskjaer could improve his squad in current and future windows: “Maybe at centre-half. I’m not sure if he’s got his perfect partnership with Maguire. He’s got [Victor] Lindelof in there. I like [Eric] Bailly. I think he’s got a bit of speed.”

He added: “Maybe a left-back, I know Telles has come in but I’m not sure what Telles is.

“At the moment United are playing so well I don’t think we want to disrupt anything. It’s a strange league, teams aren’t winning week in, week out.”

Ince is far from being the first to suggest that United need to bring in another commanding centre-half in order to be competitive on multiple fronts.

Much of the summer in 2020 was spent chasing down attacking talent, but Gary Neville has called for recruitment focus to be realigned.

He has said: “We can talk about [Jadon] Sancho all we like but until United get a centre back who can run and defend one-on-ones they are never going to win the league.

“They are never going to win the Premier League with that centre-back pairing.

“They have to get a mobile, dominant centre half in alongside either Lindelof or Maguire.

“Over the years, the best centre back partnerships have always had that really quick one who has lightning pace to get across and snuff out the danger. Lindelof and Maguire just don’t have that.”

Tue Jan 5 , 2021
With ATK Mohun Bagan and Mumbai City the early favourites, Ferrando named the sides he expects competition from for the other two play-off spots FC Goa coach Juan Ferrando feels that East Bengal will have newfound confidence after their 3-1 win over Odisha FC over the weekend. While East Bengal […] 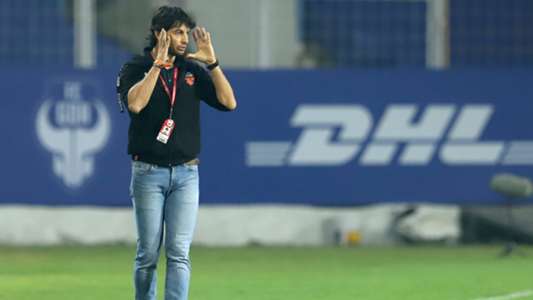