Jonathan Issac will do everything he can to play in the NBA season resumption plan in Orlando. The Orlando Magic forward will follow his teammates in the “bubble”, according to what he said to Justin Warmoth on ClickOrlando.com.

“As of right now, I’m going to the bubble,” Issac said. “Will I be able to play? I can’t put my finger on it now. I’m going to continue to work every single day like I’m going for it, so hopefully, that crosses paths the right way and is able to happen,” Isaac said per ClickOrlando.

Also, Isaac commented on the ongoing protests in United States against racism and social injustice.

“Just because we are in the position of being an NBA player, it doesn’t give us automatically an understanding or insight to issues that happen around us,” Isaac said. “But I think because we have the ear of so many it’s important for us to be diligent, to be vocal, but in a balanced way.”

Jonathan Isaac’s 2019-2020 season was deemed finished in January after he suffered a posterolateral corner injury and a medial bone contusion.

Mon Jun 15 , 2020
One semi-pro player has urged that more Malaysian lower tier footballers be given attention by the top clubs. Perhaps a little unfairly, the Super League and Premier League receive the lions’ share of Malaysian fans and media attention in the country. The lower leagues, the M3 and M4 Leagues, which […] 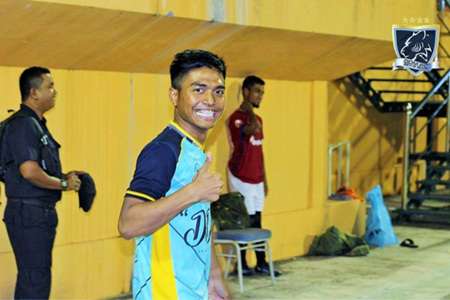