Tusker FC creative midfielder Jackson Macharia is optimistic of a good outcome when his team takes on Kakamega Homeboyz in the Football Kenya Federation (FKF) Premier League game to be played at Bukhungu Stadium on Sunday.

The Brewers started the league on a low note, but since then they have managed to collect 10 points from their last four matches. The last game they played was against Sofapaka and it ended in a 1-1 draw.

The 11-time champions are now keen on getting maximum points from the Western-based team after rectifying the mistakes made against Batoto ba Mungu.

“We started with analysing the Sofapaka game, what we did well and what we did not,” Macharia told Goal ahead of the game.

“In the next game [away to Kakamega Homeboyz], we will be rectifying the mistakes made.

“In training, we have been working on possession [to stand a better chance of winning]. The fact that we are also playing away means we have to try and score first. It is a good ground as well; we hope to come home [with maximum points].

“Our main undoing against Sofapaka is that we did not create chances but in training, we have been working on our finishing and possession in our final third.”

The midfielder has conceded the Ruaraka-based charges have been having a problem in front of goal, but it has been addressed in training. He further explained why the game against their hosts will not be an easy one.

“We have played some friendly matches to make it right ahead of our league game.

“Homeboyz are a very strong opponent, remember last season they were second on the table before the league ended prematurely. They have good players as well as the coach. He is tactically gifted and he might surprise us. So we must be ready for the match.”

Tusker are third on the table with 11 points after winning three of their opening six matches, drawn two and lost one. Homeboyz, on their part, have managed to get five points from the five games they have played.

They have managed to get a win, two draws and as many losses.

Tue Jan 12 , 2021
The Argentine has struggled for form and fitness this campaign, but his attitude and commitment has also been questioned France legend Jean-Pierre Papin has heavily criticised Mauro Icardi, saying he has “great doubts about his personality” and questions whether the Paris Saint-Germain forward likes competition. The Argentine hit 20 goals […] 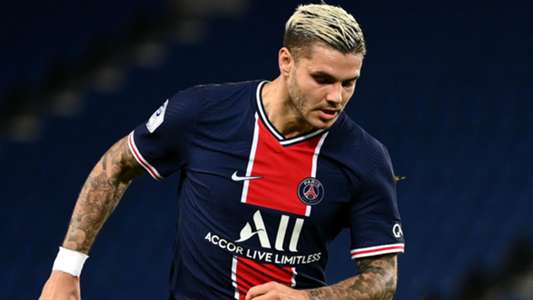