Gor Mahia midfielder James Macharia has spoken about how they have been conceding easy goals during the FKF Premier League.

The Kenyan top-flight is currently on a break after a directive by President Uhuru Kenyatta to suspend sporting activities owing to the Covid-19 pandemic but before the break, Gor Mahia were working hard to close the gap between them and the leading pack.

The winger who joined the club from FC Kolkheti Poti of Georgia has said they easily conceded goals in most of the matches they played before the league took a break and warned they must rectify the same when it resumes so as to avoid dropping points.

“I can’t say there is any tough match we’ve played locally because we are used to them and we are always on top of our game – we dominate yes, but sometimes we concede easy goals from our simple mistakes,” Macharia told the club’s official website.

“There is quality in the team and we always do try to bring out our best – we just need to work on the mistakes that make us concede such goals and all will be fine.

“We are not at the position we want because we know what we are capable of…we just have to forget the past results and focus on the remaining matches which are really important. I still believe we are the best and we are capable of doing it.”

On his time since joining the Kenyan champions, Macharia said: “My time at the club hasn’t been bad and I can’t complain…it’s been a good run though I had a tough start – getting sick for weeks then after recovering, I picked up an injury that kept me out for a while.

“I had to work on it and put in more effort when coach Carlos Manuel Vaz Pinto arrived and I must admit it’s been a good one all through because we’ve worked well and gelled as a team.”

On the team’s participation in the Caf Champions League, Macharia explained: “Playing in various competitions with the team has been a great experience and a good exposure. I can’t say we were badly off in Caf matches, we did the best we could to qualify, we had a good game but sometimes things happen beyond your control.

“We just have to put our heads up and focus on future tasks.”

The left-footed player joined the club last year and sickness, together with an injury he picked up, had disrupted what he thought would have been a good start at the club.

Wed Apr 28 , 2021
The Brazilians are back at their Loftus Versfeld home three days after they saw their 21-match league unbeaten streak come to a halt Mamelodi Sundowns would be looking to end a three-match winless run across all competitions when they host Golden Arrows in a Premier Soccer League match on Wednesday. […] 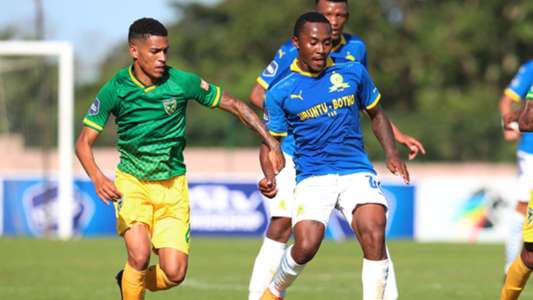