Manchester United and Real Madrid both failed to sign Lyon wonderkid Rayan Cherki, according to the Ligue 1 side’s president.

Cherki is considered as one of the top young talents in Ligue 1, having made his first-team debut earlier this season – just a few months after turning 16.

The striker went on to make 11 more appearances before the campaign was eventually ended due to the coronavirus pandemic.

Cherki, who came through the Lyon academy, has a professional contract running for a further two years. And Lyon president Jean-Michel Aulas says some of Europe’stop clubs want to sign him.

“He’s undoubtedly a player who will go to the highest level,” Aulas told Telefoot, as cited by the Evening Standard

“That’s why we did everything we could to sign him.

“The two clubs that were interested when we won his faith were Real Madrid and Manchester United.

“We want him to succeed with Lyon. We want to support him and that’s why we’re trying to move his career on. In years to come, we want him to become not only a leader for our attack, but a leader from the academy.”

Meanwhile, Premier League rivals Manchester United and Manchester City are among the clubs interested in signing Ismael Bennacer, according to reports.

Bennacer spent two years at Arenal between 2015 and 2017, but was restricted to just one substitute appearance. He has revived his career since then, though, impressing at Empoli before earning a move to AC Milan last summer.

The Algerian midfielder returned to action in the Coppa Italia this week when Milan were eliminated by Juventus. Bennacer was one of their better performers in that game, carrying on his promising form from the past year.

Last summer, Bennacer won the African Cup of Nations with Algeria, and was named the Player of the Tournament. He has followed that up with 23 appearances for Milan – but he could be set for another move soon.

According to Foot Mercato, several clubs are monitoring Bennacer’s development – including the two Manchester clubs. Paris Saint-Germain and Real Madrid are also interested, with the French side particularly keen. Read more…

Sun Jun 14 , 2020
AFP Lautaro Martinez has come under fire for his poor display in the Coppa Italia semi-final against Napoli, with the Italian media putting it down to his desire to join Barcelona. Both the Catalans and the Argentine forward have made no secret of their wish to be united this summer, […] 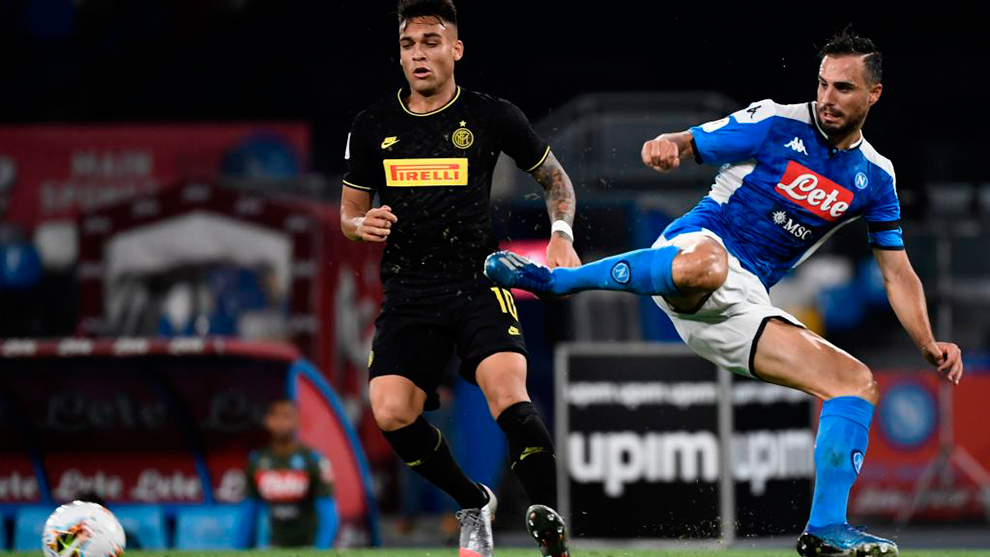