Jean-Michel Aulas has hinted that Dzsenifer Marozsan, Sarah Bouhaddi and Wendie Renard could leave Lyon for OL Reign in the future.

Both clubs are owned by OL Groupe, and the aim is for the US side to replicate the success of Lyon’s women’s team in France.

With Norwegian sensation Ada Hegerberg just one of the star names in the squad, Lyon have dominated the women’s game.

They have won the UEFA Women’s Champions League for the past five seasons, and have triumphed in the domestic championship every year since the 2006-07 campaign.

Lyon strengthened their squad on Monday with the arrivals of American forward Catarina Macario and Spanish midfielder Damaris Egurrola.

At the press conference, Aulas was asked about future plans and he confirmed changes could be in the pipeline to strengthen OL Reign and make them title contenders in the National Women’s Soccer League (NWSL).

Megan Rapinoe is the star name in the OL Reign squad, but the United States superstar could get some help from Lyon in the near future.

Revealing that some players have it written in their contracts that they can switch clubs to OL Reign, Aulas said: “Some players will go next year to help OL Reign win the title in the United States.

“It’s possible for one or two of them if they want to go and make the move.”

Aulas would not divulge the names of the players who have the clauses in their contracts, but L’Equipe is stating that German midfielder Marozsan, French goalkeeper Bouhaddi and French defender Renard have the options available to them.

The Lyon chief also confirmed that contract talks are underway with a number of players.

“I myself participated in the discussions last week,” Aulas said. “The objective is to ensure that at the end of January we are stabilised.”

Lyon have a fight on their hands on the domestic front this term. They trail Paris Saint-Germain by one point after 13 games of the campaign.

Mon Jan 25 , 2021
The Stamford Bridge legend was axed on Monday with the Blues ninth in the Premier League Frank Lampard has said he is ‘disappointed’ to have been denied the chance to take Chelsea forward. The Blues legend was axed by Chelsea on Monday, 18 months after being appointed following the club’s […] 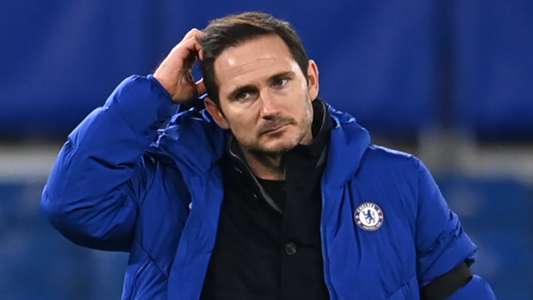