Lyon boss Rudi Garcia has joked that he wants to “tackle” Barcelona manager Ronald Koeman in order to prevent the Catalan club from snatching away in-form attacker Memphis Depay in a mid-season transfer raid.

The Netherlands international, who joined Lyon in 2017, has been in excellent form for his club in Ligue 1 so far this term, notching five goals and three assists to put him in the upper bracket of player performances over the opening weeks of the 2020-21 campaign.

The highly rated 26-year-old and club skipper was linked during the transfer window with a move to join his former national team boss Koeman at Barcelona. But despite the lack of European football at Parc Olympique Lyonnais this season, Depay stayed put for at least the first half of the campaign.

Fears that Depay may still join Barca when the transfer window opens again in January, however, remain arguably well-founded, with the lure of Camp Nou and a reunion with his countryman in La Liga possibly set to prove too much to resist for the ex-Manchester United man.

Speaking ahead of his side’s trip to his former club Lille on Sunday, Garcia made reference to the Blaugrana’s interest in his prized player and joked that he might have to employ some more physical measures against his opposing number to keep the attacker at the club

Garcia was quick to praise Depay’s form too, noting that the lack of additional midweek competition in Europe has helped the forward rediscover his best form at a more measurable pace this season.

“I’m not surprised [that he has started well],” Garcia added. “He does what he says is good at. He needed time after his long injury layoff.

“He didn’t have 90 minutes in his legs previously. At the start of the season, we hoped that he could deliver what he is doing now. He plays the role of captain excellently. He’s very important to me as a coach.”

Fri Oct 30 , 2020
The Senegal internationals were on the scoresheet to help Senol Can’s men secure their third win of the season Badou Ndiaye scored twice while Alassane Ndao found the back of the net as Fatih Karagumruk demolished Erzurum BB 5-1 in Friday’s Turkish Super Lig game. Ndiaye teamed up with the […] 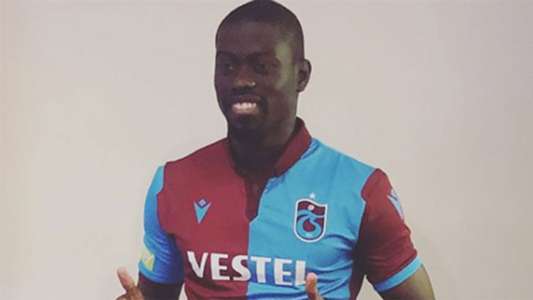