The two tacticians worked from 2017 to 2019 at the national team and helped the Cranes qualify and reach the Round of 16 of the Africa Cup of Nations (Afcon).

Lule reveals Desabre hated betrayers to the point of calling them ‘snakes’.

“He hated double-dealers and used to call them snakes,” Lule told Sports Nation.

“He never wanted to work with people who could change the next day after agreeing on something. He was a man of his word and he never wanted empty promises.”

The former U17 coach revealed the Frenchman was a professional man whom they argued little especially when it came to matters of team selection.

“Desabre was very straightforward and respected his staff. He respected time and knew when to work and joke,” added the former Proline FC head coach.

“Ever since I started to work with Desabre, all the time we were in a professional line and both of us were understanding everyone’s strong and weak points.

“But on top of everything, Desabre gave me his trust, and I gave him also mine. At times we reached a situation of disagreement in team selection, but we had to move on.

“He would credit you when a tactic worked and always wanted your input right from the time of preparations to the training on the pitch.

“When we agreed on something, say like a certain tactic, and it fails to work, we all had to take the blame.”

The 24-year old is reportedly in secret talks with Musanze FC as the relationship with his current side seems to deteriorate by the day.

“I have not been paid in a lot of time and they [Etincelles] continue to play little tricks behind my back. I think I have been left with no choice but to leave,” Mutebi told New Times.

Mutebi scored eight goals for Etincelles in the abandoned league after joining from Mukura Victory Sport, where he won the 2018 Peace Cup, in 2019.

He has also played for Bidico FC, Sadolin FC, SC Villa and Gicumbi FC before.

Thu Jun 18 , 2020
Atletico Madrid Four goals in his last five games EFE Atletico Madrid are beginning to see the Joao Felix they signed for 127 million euros from Benfica last summer. The 20-year-old has struggled to live up to the lofty expectation that came with his big money move to the Spanish capital […] 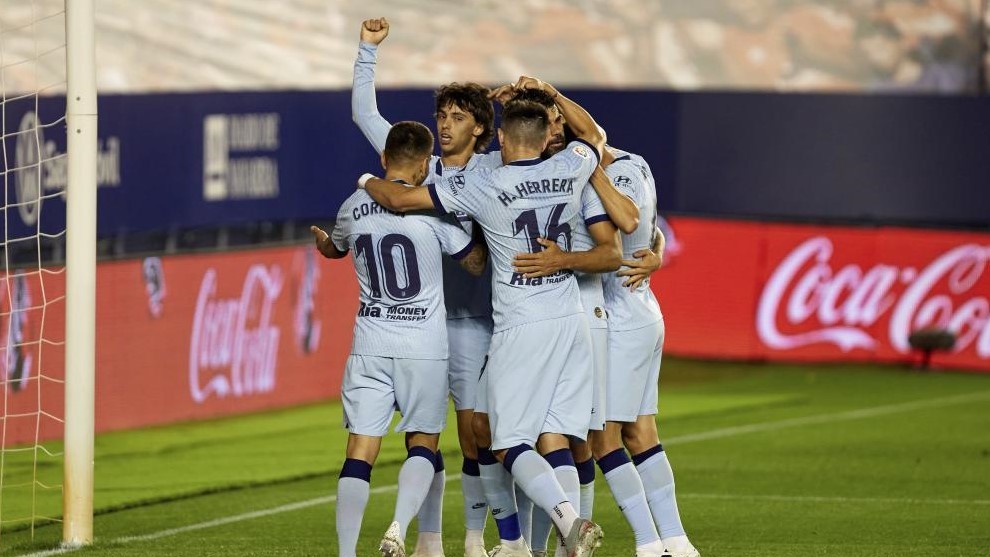