The ex-Nerazzurri forward feels Antonio Conte, with Alexis Sanchez and Lautaro Martinez also at his disposal, boasts the best attacking unit in Europe

Romelu Lukaku has been told that “only Robert Lewandowski and Erling Haaland are at his level” when it comes to striking talent, with Ivan Zamorano of the opinion that Inter now boast the best attacking unit in Europe.

A Belgium international on the books at San Siro continues to maintain remarkable standards, with a further 24 goals added this season to the 34 he managed during a productive debut campaign in Italy.

The 27-year-old believes he is performing at the peak of his powers, with few able to live with him at present, and Zamorano feels only two star turns at Bayern Munich and Borussia Dortmund can claim to be as devastating in the final third.

“If we are talking about purely centre-forwards, only Robert Lewandowski and Erling Haaland are at his level.”

The best in Europe?

Lukaku has undoubtedly become one of the most fearsome frontmen in the European game.

When the likes of Lautaro Martinez and Alexis Sanchez are added to the mix alongside him, then Serie A leaders Inter become an almost impossible outfit to stop.

Zamorano believes they are setting the standard at present, with the Chilean saying of a frontline that includes a fellow countryman: “Alexis Sanchez has finally reached his peak form, physically and mentally.

“If he’s in good shape, there is no stopping him. It’s a pity he is only an alternative and not first choice, but then he is up against Lautaro Martinez and Romelu Lukaku.

“I struggle to see another team in Europe with three such formidable strikers. Not even Barcelona, Real Madrid or Juventus can match Inter.

“As a former forward, I’d love to see all three play together, but it depends on the game and the opponent.”

A star-studded cast of striking talent has helped to push Inter into title contention this season.

They are six points clear at the top of the Serie A standings with 12 games left to take in and are chasing down a first domestic crown in 11 years.

Zamorano said of the work being overseen by Conte: “Antonio is a hard worker, so I really don’t care if he is a symbol of Juventus or won a great deal with them. I don’t want a fan, I want a coach, a professional who can get the best out of his squad.

“His mission is simply to bring the Scudetto back to Milan.”

Sat Mar 13 , 2021
The top-flight organisers have named the best performing players in the last campaign, and included the Cameroon international CSKA Moscow’s Gabrielle Onguene has been named in the Russian Women’s Premier League Team of the Season for the 2020 campaign. Onguene emerged as one of the superstars in the Russian top-flight, […] 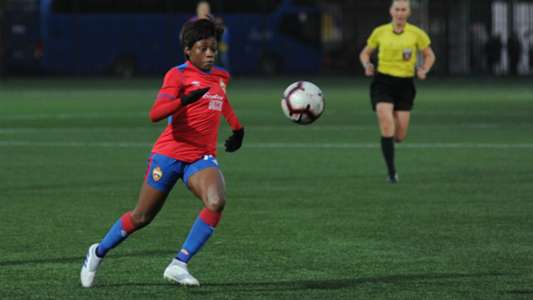