David Luiz has taken the blame for Arsenal’s 3-0 defeat to Manchester City, but insists that he wants to extend his contract at the club.

Luiz produced a catalogue of errors in a woeful 25-minute cameo appearance as the 10-man Gunners suffered a heavy loss at City on the Premier League’s return.

Brought on as a substitute in the 24th minute following an injury to Pablo Mari, the Brazilian’s error led to Raheem Sterling’s opener just before half-time. He was then sent off for hauling down Riyad Mahrez inside the penalty area four minutes into the second half.

The 33-year-old’s contract at Arsenal is also set to expire in the coming weeks, but he insists he wants to extend his stay at the Emirates Stadium.

“It’s not the team’s fault, it was my fault,” he told Sky Sports. “Today I think the team did well, especially with 10 men, the coach is amazing, the players did amazing, it’s just my fault.

“I took the decision to play, I should have taken another decision in the last two months, but I didn’t. It was all about my contract, whether I stay or not. I have 14 days to be here, and that’s it. Today was my fault.

“I don’t want to use it as an alibi or an excuse, but it’s my fault and that’s it.

“I want to stay, the coach knows, he wants me to stay, and we are just waiting for the decisions.”

Mikel Arteta dropped hints over the futures of David Luiz and Mesut Ozil after Arsenal’s 3-0 defeat at Man City on Wednesday night.

Arsenal’s unbeaten 2020 in the Premier League came to an immediate end upon their return from the three-month break.

It was a miserable evening for Arsenal, who failed to register a shot on target.

Midfielder Granit Xhaka also left on a stretcher after an early injury, while Pablo Mari pulled up midway through the first half as he also saw his return to action halted.

“They are getting assessed at the moment and we will know something more probably tomorrow morning,” Arteta said.

“Pablo’s one did not look really good, to be fair.”

It was a disastrous first return to the Etihad Stadium for Arteta, who left his role as Guardiola’s assistant in December to take the Arsenal hotseat.

Luiz’s rustiness was key to the loss and the defender is out of contract at the end of June.

“I don’t know what will happen with his contract,” Arteta said. Read more…

Thu Jun 18 , 2020
The two local giants have had a rough season, financially, after the previous partner walked away Kenyan Premier League (KPL) heavyweights Gor Mahia and AFC Leopards are set to unveil their new sponsors on Thursday. Information reaching Goal indicate the two sides will unveil a joint sponsorship as a new gaming […] 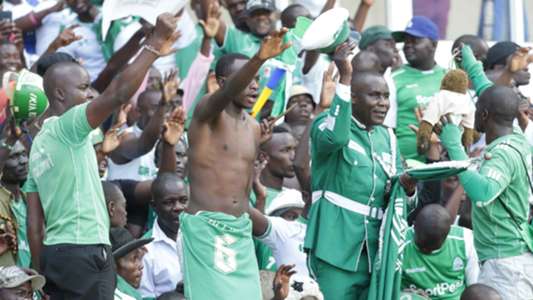