The Egyptian forward has generated exit rumours at Anfield, but a former team-mate and close friend can see him sticking around

Mohamed Salah could spend “another four, five or six years” at Liverpool, according to Dejan Lovren, with the Egyptian looking to feel the “love” from those around him at Anfield.

Transfer talk has been sparked around a prolific forward, with the 28-year-old keeping the rumour mill ticking over with admissions that his future could lie away from Merseyside.

Lovren, though, claims to have been offered no indication by a close friend that a new challenge is being sought any time soon.

The former Liverpool defender has told talkSPORT: “I’m still in communication with Mo Salah. We are best buddies. We talk about everything.

“Mo is committed, not just for Liverpool but for all the fans and for himself. He is the biggest critic of himself when he doesn’t do well.

“I’m not surprised he is doing well individually, when you look at how many goals he has scored, he is amazing at the moment.

“There needs to be love from both ways (both Salah and Liverpool), I see now that they have it, so why not [stay]?

“Mo is in the best age of his football career at 28 – maybe he looks a little bit older – but he is in the peak of his form. Why not stay another four, five or six years?”

Who has been linked with Salah?

Salah has been quizzed in the recent past on the chances of him heading to Spain at some stage in his career.

A door has been left open there, with Barcelona and Real Madrid considered the most logical landing spots if a switch to La Liga were to be made.

Even the biggest of clubs are, however, finding the going tough financially during the ongoing coronavirus pandemic and that is forcing recruitment ambition to be reined in.

How long is left on Salah’s contract?

Having enjoyed a stunning debut campaign at Anfield in 2017-18, Salah was quickly tied to fresh terms.

His latest deal is due to run until the summer of 2023, meaning that the Reds have no need to consider a big-money sale.

For Jurgen Klopp, Salah remains a talismanic part of his long-term plans, with the two-time Premier League Golden Boot winner registering 116 goals through 184 appearances for the English champions.

Thu Feb 11 , 2021
The 2009 champions are in the ninth position with 14 points that have come from the 10 matches they have played. Sofapaka forward Joseph Waithera has revealed the conversation he had with his head coach Ken Odhiambo after making his debut in the 2-0 win over Zoo FC in the […] 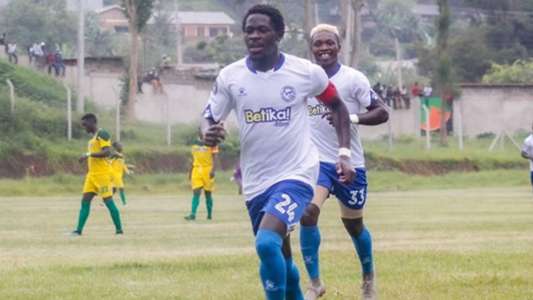