Fernando Llorente has admitted that he is not surprised to see Antonio Conte headed for another trophy – but the Udinese striker admitted that the manager’s expectations make it difficult to play under him for more than a year.

The 51-year-old sits on the cusp of another Serie A title, this time with Inter, as he closes in on ending the decade-long chokehold on the Scudetto held by Juventus, a reign he himself contributed to during a spell in charge of the Bianconeri.

Former Spain international Llorente was a member of Conte’s squad in Turin for one season, before the latter moved on to take the Italy manager’s role, and the attacker was quick to credit him as the finest coach he has played under, while adding that it was a tough experience to take.

Editors’ Picks
What has Llorente said?

“He’s a winner. A coach that conveys a lot and certainly the best coach that I’ve had in my career,” the forward was quoted by Marca .

“I really like the ideas he has. He manages to bring out the best in every player. He’s really demanding.

“Being with him day to day for over a year becomes hard, but he’s a coach that you want to always have.”

The ex-Juventus star was a combative midfielder during his playing days in Turin, but has arguably eclipsed those feats in his managerial career, winning league titles in two different countries while guiding another to a major European final.

During his time at the Bianconeri helm, Conte was a three-time Serie A winner, while he won the Premier League with Chelsea in his first season back at club level.

Last term, he took Inter to the Europa League final, where his side lost to Sevilla – and though they endured a torrid Champions League campaign this season, knocked out in the group stage, they look all but certain to be back next year as champions of Italy.

Caf Champions League: Simba SC will deal with any team in quarter-finals – Manara

Sat Apr 10 , 2021
The Msimbazi giants’ official claims they do fear any team and are ready to achieve targets they have set in the competition Simba SC have vowed to deal with any team they are drawn to face in the next round of the Caf Champions League. The Msimbazi giants reached the quarter-finals […] 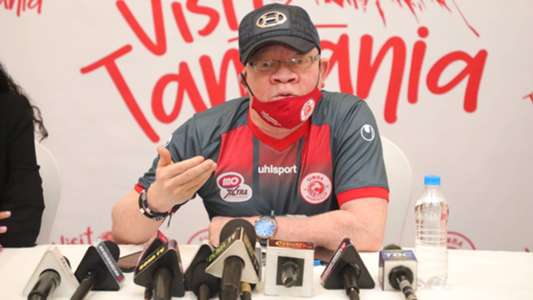