The first leg of the last-16 tie has already been switched to Budapest, with it now being possible that the return meeting won’t be played at Anfield

Liverpool may be forced to play the ‘home’ leg of their Champions League last-16 clash with RB Leipzig at a neutral venue.

The Reds are already set to travel to Budapest for Tuesday’s away fixture, after they were refused entry into Germany by the country’s federal authorities.

And now it appears increasingly likely that the second leg, scheduled for March 10 at Anfield, will also need to be moved, with the German government informing Leipzig that they would need to quarantine upon their return amid concerns over new strains of coronavirus, which are prevalent in the UK.

When announcing the change of venue for the first leg, it said: “UEFA can confirm that the UEFA Champions League round of 16 first leg match between Leipzig and Liverpool will now take place at Puskas Arena in Budapest. The date of the match (16 February 2021) and kick-off time (21:00 CET) will remain the same.

“UEFA would like to thank Leipzig and Liverpool for their close cooperation and assistance in finding a solution to the issue at hand, as well as the Hungarian Football Federation for their support and agreeing to host the match in question.”

Liverpool, sources have told Goal, are already considering alternative venues, though the quarantine advice from the German government is due to be reviewed on March 5 – just five days before the game is to take place.

Were the government to relax the restrictions, then Leipzig would be able to travel and play the game as normal, but that appears unlikely at this stage.

Which other games have had their venues switched?

A number of Champions League and Europa League ties have been affected by the ongoing uncertainty and restrictions surrounding Covid-19.

In the Champions League, Chelsea’s first leg tie away to Atletico Madrid will now be played at the Arena Nationala in Bucharest on February 23, while Manchester City’s away leg against Borussia Monchengladbach on February 24 will, like Liverpool’s the previous week, take place in Budapest.

In the Europa League, meanwhile, Arsenal’s last-32 away game with Benfica will now be played at Rome’s Stadio Olimpico, and Manchester United will take on Real Sociedad at the Juventus Stadium in Turin.

Hoffenheim’s trip to Norwegian side Molde has also been moved, and will now take place the Estadio de la Ceramica in Villarreal.

Does this put the Champions League at risk?

Certainly, questions will be asked as to the wisdom of persisting with the two-legged knockout format, given all the disruption.

Some will argue that the absence of supporters diminishes ‘home advantage’ in any case, but the idea of clubs playing ‘home’ ties in foreign countries raises major question marks as to the integrity of the competition.

Last season, the quarter-finals, semi-finals and final were all played, over a single leg, at neutral venues in Portugal, while the Europa League was completed over single-leg ties in Germany, following the suspension of the European season last March.

And while there has been no suggestion yet of a similar move this time around, the disruption caused by these latest venue switches will surely lead to fresh questions.

Man United urged to be patient with Amad Diallo

Thu Feb 11 , 2021
The teenager was in the squad for the FA Cup fixture against West Ham but has limited previous first-team experience and is still developing Manchester United will have to be patient with Amad Diallo as he gets used to playing in England, the club’s Under-23 manager Neil Wood has warned. […] 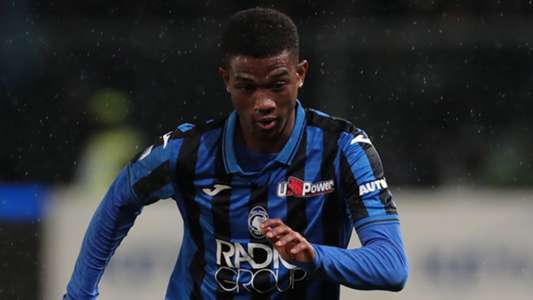