Liverpool’s Champions League round of 16 first leg tie against RB Leipzig will be staged in Budapest.

It was reported on Thursday that Liverpool would be unable to travel to Germany for the fixture on February 16 due to the country’s coronavirus protocols, which forced Leipzig to have to come up with an alternative solution.

The match will now be played at the Puskas Arena in Hungary, with the Reds confirming the news on Saturday afternoon.

A statement on Liverpool’s website reads: “Liverpool’s Champions League last-16, first-leg tie with RB Leipzig will be played in Budapest.

“The Hungarian capital will host the meeting between the sides at Puskas Arena on Tuesday, February 16 as Covid-19 regulations in Germany prevent the Reds from being able to contest the fixture at the Red Bull Arena.

“The return leg will be played at Anfield on Wednesday, March 10.”

The Bundesliga club have released their own statement elaborating further on the change of venue, which reads: “After federal police rejected the application for the Liverpool team to enter Germany, RB Leipzig have found an alternative venue for the upcoming event in consultation with UEFA and Liverpool FC.

“The game against Liverpool will be played at the Puskas Arena in Budapest. The Puskas Arena hosts the home games of the Hungarian national team and some of the upcoming UEFA Euro 2021 matches.

“Ferencvaros also played two of its three home games in the 2020-2021 UEFA Champions League group stage at the Puskas Arena.”

Leipzig have avoided punishment from UEFA for coming up with a new venue before February 8, having previously been at risk of forfeiting the first leg by a 3-0 scoreline.

It had originally been suggested that Liverpool could host the opening fixture at Anfield, but the club never seriously contemplated giving up home advantage for the return leg.

Russia had also been mooted as a possible destination for the tie, and there was even talk of the game being staged at the Tottenham Hotspur Stadium in north London, but Budapest was always Leipzig’s first choice.

Liverpool have essentially gained the upper hand before even kicking ball in the tie, with Leipzig forced to give up home advantage after winning all three of their group stage games at Red Bull Arena.

Jurgen Klopp’s men will have the chance to build an aggregate lead on neutral ground before welcoming the German club to Anfield in March, but supporters will still be unable to attend either match due to stringent Covid-19 laws in both Hungary and England.

Leipzig, who made it to the Champions League semi-finals last season, will now be underdogs to reach the last eight against a Reds outfit bidding to emulate their run to glory in 2018-19.

Sun Feb 7 , 2021
The Hammers manager thinks technology is having a negative impact on officials’ decision-making David Moyes says referees are “frightened” of making key decisions because of VAR after Tomas Soucek was controversially sent off during West Ham’s goalless draw at Fulham on Saturday. The Czech Republic midfielder was dismissed in stoppage-time […] 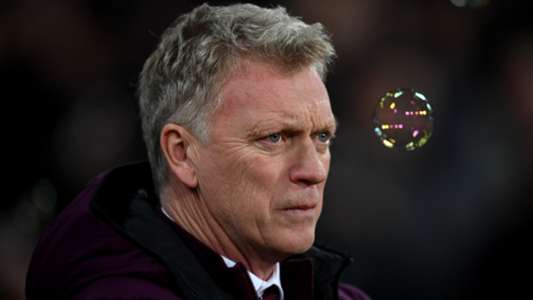