The Reds have beaten out Manchester United for the capture of the former from Spanish club Celta Vigo, while also adding the Birmingham City youngster

Liverpool are set to complete the capture of teenage defenders Stefan Bajcetic and Calum Scanlon.

The Reds have beaten Manchester United for the signing of Bajcetic from Spanish club Celta Vigo, while they have plucked Scanlon from Championship outfit Birmingham City.

Both deals are expected to be officially confirmed by the Reds in the new year.

Jurgen Klopp’s side will welcome both players into their Under-18 setup on Merseyside as the Premier League champions continue to seek to nurture leading talent of the future among their ranks.

The signing of Bajcetic – thought to have cost in the region of £224,000 – has not only seen Liverpool beat out Ole Gunnar Solskjaer’s Red Devils but also impending Brexit regulations.

Clubs in the United Kingdom will be unable to sign players under the age of 18 from European Union nations owing to freedom of movement restrictions from 2021 onwards.

Bajcetic is the son of Srdan Bajcetic, who played for Red Star and Celta Vigo among other sides in a career that spanned from the early 1990s to 2004.

Scanlon – who previously confirmed on Instagram that he was set to make the switch to Anfield – meanwhile arrives from St Andrew’s for a fee in the region of £400,000.

Both Bajcetic’s signature and that of 15-year-old Scanlon is particularly notable given Liverpool’s more traditional reluctance to invest in academy-level players outside of their own club hierarchy in comparison to their rivals.

Bajcetic and Scanlon are expected to report for duty with the U18 side at Kirkby under Marc Bridge-Wilkinson, with a view to moving up towards the U23s under Barry Lewtas.

The Reds have dropped points two games on the trot now, drawing against both West Brom and the Magpies, which has spoiled their attempts to stretch their lead at the top of the Premier League.

Klopp’s side currently have a three-point advantage over second-place Manchester United, who could draw level on points should they defeat Aston Villa on Friday.

Omeruo: Why I will remain with Leganes to play in Segunda Division

Thu Dec 31 , 2020
The Nigeria international continued his stay with the Cucumber Growers despite their relegation to the second tier Kenneth Omeruo has explained he remained with Leganes despite their relegation from La Liga because of the opportunity the club afforded him to stabilize his career. The Nigeria international joined Premier League side […] 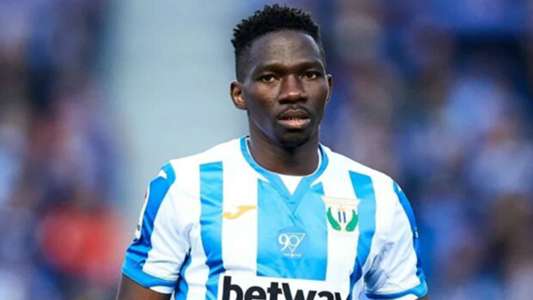