Liverpool captain Jordan Henderson says “the sky’s the limit” for England winger Jadon Sancho, amid continued speculation about a move to the Premier League.

Sancho is thriving at Borussia Dortmund, for whom he has 17 league goals and 16 assists this season. And after three years in Germany, the time may soon come for him to return to his homeland.

The 20-year-old has been linked most closely with Manchester United, having previously represented their rivals Man City at youth level. However, Sancho also put Liverpool on alert when responding to comments from Trent Alexander-Arnold that he would improve the Reds.

Now, Henderson has become the latest Liverpool player to comment on Sancho’s future. The midfielder, who has played with the Dortmund star on the international stage, says he is impressed by Sancho’s desire to reach the top.

Henderson told Rio Ferdinand on YouTube: “A lot of people are speaking about him. He is a top player, a special player.

“In training he has got something different and he’s sharp and able to get past players with ease.

“Also, he’s got a good head on his shoulders. He loves football, wants to improve, listen and learn. So if he just continues on that path, the sky’s the limit for him really.

“He just needs to keep working hard and listening to the people around him and keep doing what he’s doing. He’s been brilliant for Dortmund and England, so he just needs to carry on.”

Despite transfer spending expected to decrease over the coming months, Dortmund are still hoping for a large fee for Sancho. Reports indicate that the Bundesliga giants are demanding more than €100m for the 20-year-old.

Despite the hefty price tag being demanded, reports this week claimed Sancho is still Man Utd’s main target this summer.

The winger is one of three English stars being targeted by United boss Ole Gunnar Solskjaer. Jack Grealish and Jude Bellingham are also on his shortlist.

However, it would take a club record fee to sign Sancho, which may leave United chiefs uncertain of how worthwhile the deal would be.

Sat Jun 13 , 2020
The 26-year-old has two years left on his current deal and his club feel it is logical the Argentine is demanding a pay rise Juventus are confident of renewing Paulo Dybala’s contract, according to chief football officer Fabio Paratici. Dybala is contracted to the Serie A champions until June 2022 […] 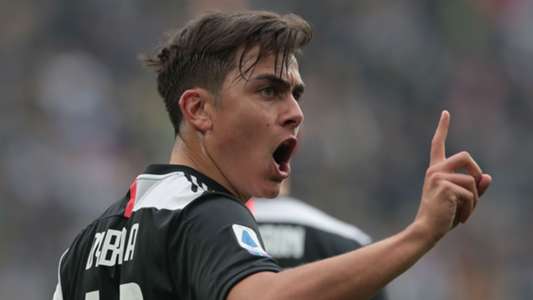