Liverpool right-back Trent Alexander-Arnold has admitted his form has dropped off this season from the high standards he has set for himself.

After Liverpool cruised to the title last season they have hit a rough patch in 2020-21, sitting in fourth place after losing 1-0 to Brighton in midweek.

Alexander-Arnold, like his team, has seen his form dip after a blistering start to his Liverpool career.

Alexander-Arnold has become a hometown hero for the Reds early on in his career, having already helped his team to Champions League and Premier League glory at the age of 22.

The right-back has set the record for the most assists by a defender in a single Premier League season in back-to-back campaigns, breaking his own record last season.

But Alexander-Arnold has become a target for criticism in 2020-21, with his defensive capabilities in particular being questioned.

What Alexander-Arnold said about his form

When asked by Sky Sports if he was performing to the high standards he has set for himself, the right-back said: “Me? No.

“There’s been times this season I felt like I’ve been playing quite well. Recently I’ve been trying to get back into that rhythm I was talking about earlier from a personal point of view.

“It’s been a tough reason in that respect in just trying to find that rhythm and get back into it and just letting things happen naturally. It’s been quite difficult.

“But again there’s no excuses. I want to try to make things happen for the team and perform as well as I can to help us win games and that’s what I’m trying to do.”

What’s next for Liverpool

Jurgen Klopp’s side face table-topping Manchester City on Sunday in a massive match at Anfield.

Liverpool enter the game seven points back of City, who also have a game in hand over last season’s champions.

The Reds have lost two matches in a row at Anfield and should they fail to win on Sunday, their hopes of back-to-back titles could be over

‘Alexander-Arnold needs to learn how to defend’ – Liverpool full-backs have room for improvement, says Matteo (Jan 22)

Alisson, Fabinho and Mane all in contention for Liverpool return against Manchester City (Feb 5)

Tuchel conducting Chelsea ‘orchestra’ towards wins at any cost

Sat Feb 6 , 2021
The German has taken in three games at the helm, with his side yet to concede, and is working hard to get his message across Thomas Tuchel is excited to be conducting the Chelsea “orchestra”, with the new Blues boss looking to win at any cost during his time in England. […] 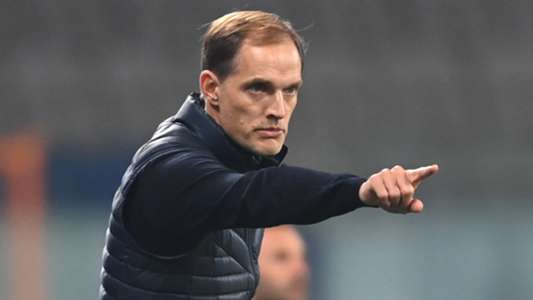