Liverpool are set to move for Preston’s Ben Davies ahead of Monday’s transfer deadline.

The Reds have opened talks with the Championship outfit, and the prospect of a £2 million deal now looks a realistic possibility.

The Premier League champions have also been offered the chance to sign Marseille’s Duje Caleta-Car, though that move is understood to be a non-starter given the Ligue 1 club’s demands.

Jurgen Klopp confirmed on Friday that the Premier League champions would try to bring in a new face, with all four of their senior centre-halves currently sidelined through injury.

And it appears Davies is the man they have settled upon. Sources have confirmed to Goal that Liverpool are ready to make their move, and that Sepp van den Berg, the Reds’ young Dutch defender, could move to Deepdale on loan as part of the deal.

Davies, 25, is out of contract at the end of the season, meaning he is available at a knock-down fee. Celtic have also expressed an interest.

Born in Barrow-in-Furness, and comfortable at left-back as well as centre-back, Davies has made more than 140 appearances at Preston, and has enjoyed a host of loan spells with the likes of York, Tranmere, Southport, Newport County and Fleetwood.

Liverpool have acted, belatedly, after the injury issues at the back worsened this month. Joel Matip suffered an ankle ligament problem at Tottenham on Thursday and is likely to be out for a number of weeks, while Fabinho is set to miss the Reds’ next fixture, at home to Brighton, with a muscle problem.

Klopp does, however, hope to have the Brazilian back for the crunch clash with Manchester City on February 7.

Jordan Henderson and Nathaniel Phillips started against West Ham on Sunday, but with vital games at home and in Europe on the horizon, Klopp is eager to bring in a centre-back to ease the burden.

A host of names, naturally, have been linked in the past few days. Goal has learned that Liverpool were offered the chance to sign Caleta-Car from Marseille, but chose not to follow up.

Anfield sources swiftly dismissed suggestions from America about a short-term deal for New York Red Bulls’ Aaron Long, while Arsenal’s Shkodran Mustafi and West Ham’s Issa Diop, who was an unused substitute against the Reds on Sunday, were also rumoured.

Liverpool expect, meanwhile, to complete the signing of 16-year-old Kaide Gordon from Derby this week.

The youngster, who can play anywhere across the forward line and who made his senior Rams debut earlier this season, would start with Barry Lewtas’ Under-23 side at Liverpool.

Sun Jan 31 , 2021
The Leopards surrendered a lead to crash out of the competition, something which their coach puts down to individual errors Coach Florent Ibenge cited “individual mistakes” as the reason DR Congo lost to Cameroon in the 2021 African Nations Championship quarter-final. The Leopards took the lead thanks to Makabi Lilepo’s […] 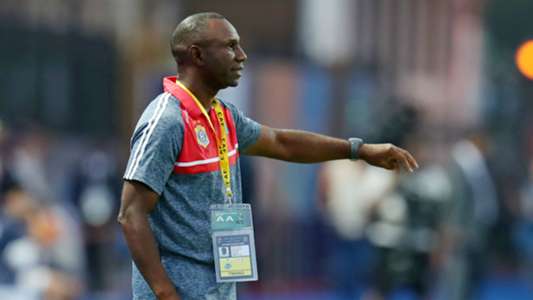