The attacking midfielder made his first-team debut in a 4-0 Championship win over Birmingham in December, becoming the fourth-youngest player ever to turn out for the Derby first team.

Gordon, capped by England at under-16 level and described as “a fantastic player” by Rooney, would initially sign as a scholar and would become eligible for a professional contract when he turns 17 in October.

Asked if Gordon was on his way out of Derby, Rooney told reporters: “It looks that way. Kaide is a fantastic player. I brought him into the squad because he was showing the qualities I want.

“We offered him a deal which he didn’t take. As always when a player doesn’t sign up, if any of the big clubs in the Premier League come in, it is very difficult to deny the player that opportunity.

“There has been an offer for Kaide [from Derby] since before I have been in this role. He hasn’t signed it for whatever reason. Liverpool have become aware of that and stepped in.

“Once a team like Liverpool come in for one of your players it is hard to turn that down.

“For his development, of course I would have liked him to stay at the club, but I understand once the champions of England come in and want to sign you, it is difficult to turn it down.”

Rooney is better placed than most to advise Gordon on the challenge of joining a top club at such a young age, having made his Everton debut at 16 and joined Manchester United at 18.

The England legend spoke highly of Gordon’s work-rate in training after handing him his Derby debut aged 16 years, two months and 24 days.

“I brought Kaide up with the first team initially to train with us for a week to see how he reacted to it, and he was one of the best trainers,” Rooney told RamsTV.

“I kept him with us for a couple of weeks and he’s been training at the same level – if not to a better level to a lot of the other [first-team] players. As I said to the players, if you train hard and train well, I will you give your chance. He deserves it.”

Thu Jan 28 , 2021
A former Old Trafford favourite admits Ole Gunnar Solskjaer’s side failed to live up to their “title challengers” billing against the Blades Manchester United’s defeat to Sheffield United had been “in the post”, according to Paul Parker, who says the “complacent” Red Devils’ luck ran out in their latest Premier […] 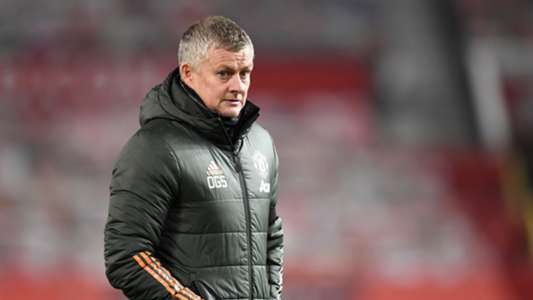