Trent Alexander-Arnold believes Liverpool’s performance against Leicester was one of their best despite losing 3-1.

The reigning Premier League champions took the lead midway through the second half through Mohamed Salah, but the hosts fired back 11 minutes later with a goal from James Maddison.

Jamie Vardy put Brendan Rodgers’ side ahead shortly afterwards and Harvey Barnes struck to put the result beyond doubt.

Editors’ Picks
What was said

Alexander-Arnold told the club’s official website: “I think for 70 to 75 minutes we were outstanding, up there with one of our best performances – counter-pressing, taking the ball off them for fun, they couldn’t really get out. Really, really top drawer from us.

“I think first half we never created too many clear-cut chances but second half we did, had a few more shots, scored, and we were in the driving seat.

“Then the tables turned and they put the game to bed within the matter of five to 10 minutes and that’s football. It happened so quickly, it just happened in a moment and we’ve just crumbled at the end of the day.”

Leicester’s equaliser came from a free kick outside the Liverpool box and was initially disallowed for offside, only for a VAR review to change the decision.

The Reds right-back believes his side were hard done by in that incident, but says they must improve the way they deal with difficult situations.

“We had confidence going into it. We were 1-0 up, I haven’t watched it back but being part of the challenge, I personally didn’t feel like it was a foul,” he said. “I’ve heard it’s been dubious to be offside, but it’s part of football, we’ve got to get on with it.

“The second goal is one in a million really, just a lack of communication, no-one to blame there. The third goal, we’ve lost the ball in a bad position and they’ve punished us for it.

“By that point the game is dead and buried and it’s tough to get back from that point. But like I said, I think our mentality needs to improve in those tough situations that we had.”

Can Liverpool bounce back?

Jurgen Klopp’s team are now on a three-game losing streak and the coach admitted after the match that their hopes of defending the Premier League title are over.

Alexander-Arnold is happy with the way the Anfield side have been playing, however, and is confident they can get back in form.

He said: “Everyone talks about a bad spell and a dip in form and stuff, but I feel personally we’ve performed well in the last few weeks, in the last two months or six weeks or so.

“I thought we’ve performed well, it’s just that we haven’t been getting the results [and] it’s a results business so there’s no excuses for that.

“But I think confidence-wise, we’re not playing badly, we’re not getting battered. We’ve been playing well but not getting the results so it’s about turning those performances into results and that’s probably what we need to look at most.”

Sun Feb 14 , 2021
West Brom have lost nine of their last 12 Premier League home matches against United (W1 D2), shipping at least two goals in 11 of those games and 31 in total. Ole Gunnar Solskjaer also makes two changes to his team after their draw with Everton last time out in […] 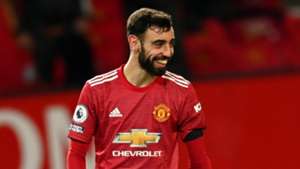