The former frontman admits a once dominant outfit have lost their way this season, with two many players underperforming for Jurgen Klopp

Liverpool are no longer “superhuman” says Peter Crouch, with the out-of-sorts Reds warned that they have become over-reliant on Mohamed Salah for moments of inspiration.

The Egyptian forward had delivered for the reigning Premier League during back-to-back away days in London against Tottenham and West Ham.

Jurgen Klopp’s champions appeared to have rediscovered their spark following a run of five top-flight games without a win, but another bump in the road has been hit at home to Brighton, with the Seagulls leaving Anfield with a shock 1-0 win.

Liverpool have also dropped points over recent weeks against West Brom, Newcastle, Burnley and Southampton, with a once dominant outfit losing their air of invincibility.

“They were superhuman last year and I think we are seeing a human side to them, understandably so,” former Reds striker Crouch told BT Sport after the defeat to Brighton. “They are missing Alisson, Virgil van Dijk, Diogo Jota, Sadio Mane, anyone would miss those players.

“Having said that they are a title-winning side, won the Champions League, they should have a deeper squad. Liverpool are capable of putting a real big run together but whether you can see City losing four or five games I’m not so sure.”

Crouch added on Liverpool’s lack of firepower, with five blanks in their last seven Premier League games and no goals recorded in three successive outings at Anfield: “There’s over-reliance on Salah. [Roberto] Firmino’s got to step up. It felt like he was coming back into it, but Salah’s the one scoring the goals.

“It was a shame when Jota got injured as he was pushing them to start.

“When Salah’s not on it or he misses chances I just don’t think there’s enough. When Mane’s out and Jota’s out, there’s not enough in the team to score goals.”

Klopp’s men need to find end product from somewhere as, having slipped seven points behind leaders Manchester City while playing a game more, their next game will see them host Pep Guardiola’s rejuvenated pacesetters.

“It makes Sunday massive,” Crouch said of title aspirations on Merseyside. “If Liverpool have hopes of winning the league, they need to win that.”

Thu Feb 4 , 2021
The German-born coach has had his challenges in terms of player injuries, especially to Bucs forwards such as Mhango, Lepasa and Mabasa Orlando Pirates skipper Happy Jele wants his team-mates to step up and take responsibility as he defends his coach Josef Zinnbauer. In the midst of an inconsistent season […] 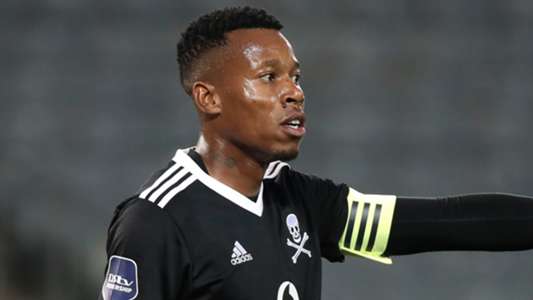