Liverpool needed another centre-half before the 2020-21 season started, says Jose Enrique, with the Reds left scratching around for a loanee or free agent as Joel Matip rejoins Virgil van Dijk and Joe Gomez on the treatment table.

Injury setbacks have been a regular occurrence for the reigning Premier League champions this season, with fitness struggles preventing a once dominant force from maintaining high standards.

It was suggested that efforts would be made to counter those problems when another transfer window swung open.

There has, however, been no movement on Merseyside with another deadline fast approaching.

Enrique admits that Liverpool will now find it difficult to get the bodies on board that they need for the second half of the season.

He is surprised by the lack of activity at Anfield, with it clear before the current campaign started that 29-year-old former Cameroon international Matip could not be relied upon to stay fit for any prolonged period of time.

“I believe that we needed a defender before,” former Reds left-back Enrique told Sky Sports.

“We needed that defender because while Matip is a top player – I know him very well, I played with him and he’s a top player but I know myself because I was injured a lot towards the end of my career and I know it’s difficult for Matip what has happened to him.

“He plays two or three games and then he gets injured again. It’s a shame because he’s a very good centre-half. He does very well for us but you need someone there that you can really rely on.

“Luckily for us Fabinho has been doing really, really well and [Jordan] Henderson again, wherever you play him he does really well. But even then you need a centre-back.

“I’m not sure with only a few days left who they are going to sign, probably it would have to be a free transfer or a loan, but it’s very difficult now to sign a player.

“I don’t see Liverpool going for a big transfer centre-half. I would love it, don’t get me wrong, but I would be very surprised and it seems unlikely.”

Liverpool have been linked with the likes of Kalidou Koulibaly and Dayot Upamecano, but star turns at Napoli and RB Leipzig may not be available until the summer and any signing at this stage would be a stop-gap to see the Reds through their remaining domestic and continental fixtures.

Fri Jan 29 , 2021
The manager refused to talk about the Roma striker directly and said the Chilean should stay focused, but did not rule out a transfer this month Inter manager Antonio Conte says Alexis Sanchez should remain focused amid talk of a swap involving him and Roma striker Edin Dzeko – but […] 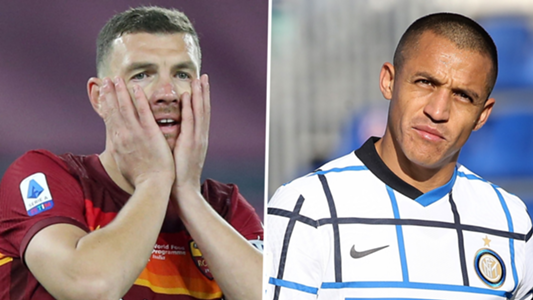