The Reds legend believes another centre-half needs to be signed in the January window, but he is not looking for a superstar to be landed

Liverpool need to be looking at signing a £20 million ($27m) stop-gap to help them through a defensive injury crisis, says John Barnes, with the Reds legend seeing no need to wait on players – such as Dayot Upamecano and Kalidou Koulibaly – that may be unavailable.

Jurgen Klopp has admitted that he continues to scour the market for possible additions, but the clock is ticking on the reigning Premier League champions as the January window runs down.

Plenty had been looking for a fresh face to be through the door before now, with Virgil van Dijk and Joe Gomez having been stuck on the sidelines with knee ligament damage for some time.

Liverpool had an opportunity to get ahead of the game, but faith has been shown in those already on their books – with academy graduates Nat Phillips and Rhys Williams stepping in while Fabinho and Jordan Henderson drop back from midfield.

Barnes feels a more proven option is now required, as the Reds scratch around for form, and believes value could be found outside of the superstar signings that have been mooted at Anfield.

The Reds legend told BonusCodeBets: “The January transfer window is always a challenging time for teams to get their number one targets as clubs aren’t willing to give away their best players so easily.

“A short-term solution can be a very capable, experienced centre-back, who does not play for one of the top teams and might cost you £20m, which is not a lot of money these days.

“That might be a possibility. We know that Dayot Upamecano and Kalidou Koulibaly, who are the players we really want are not available right now.

“If a short-term solution of a decent player for £20m is going to give you a better chance of winning the league, then Liverpool should be looking for that.

“I’m not saying Liverpool can’t win the league without bringing in someone new, because everyone is playing inconsistently and no-one is making big signings, but if it enhances their chances to win the Premier League again, then they should do that.”

While Klopp is on the lookout for another centre-half, the German tactician has also revealed that transfer calls remain out of his hands on Merseyside and his board will need to make funds available in order for any late deal to be chased down.

Sat Jan 23 , 2021
The Wekundu wa Msimbazi have come out to dispel claims their Ghanaian winger is set to miss action for the next six months Tanzania giants Simba SC have issued another contradicting report with regards to the fate of their midfielder Bernard Morrison. While the Mainland Premier League champions had recently […] 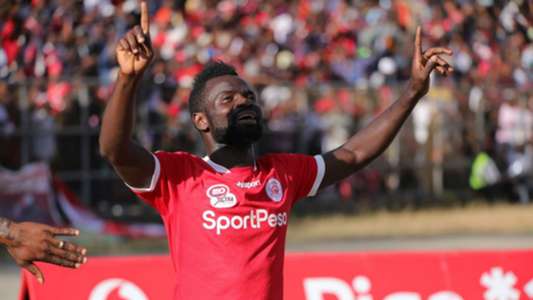