The Reds legend believes further firepower needs to be sought in the next transfer window, with attacking reinforcements required at Anfield

Liverpool “need to bring a goalscorer in” during the next transfer window, says Jamie Carragher, with Jurgen Klopp told Divock Origi is “nowhere near good enough” as a back-up option.

A Belgium international forward proved to be an unlikely hero for the Reds during their triumphant Champions League run in 2019, but he has slipped back down the pecking order since then.

Mohamed Salah, Sadio Mane and Roberto Firmino have continued to provide inspiration for the reigning Premier League champions, with Diogo Jota catching the eye before suffering an untimely injury, but Carragher believes more firepower is required at Anfield.

“Liverpool definitely need to bring a goalscorer in,” the Reds legend told Sky Sports. “I don’t know exactly what position for, whether that’s a centre-forward or a midfielder.

“At the moment they are massively reliant on Salah and Mane, nobody else looks like they’re going to score.

“Jota has been a miss, but whether Jota would ever be first choice in a Liverpool team – I’m not sure yet. He made a great start when he came in.

“I think they need to add goals to the team, whether that’s a midfield player who can score goals because it looks like Wijnaldum is going to move on or it’s a case of doing something different through the middle.

“You look at Bobby Firmino and Liverpool’s attacking players, they don’t actually have a striker. Jota is not a striker, same with Mane, same with Salah.

“They have Divock Origi but he’s nowhere near good enough. And he a lot of the time plays out wide, because he can’t play as a centre-forward.

“So Firmino plays that role but we always talk about him being a ‘false nine’, he’s not actually an out-and-out striker.

“I think Liverpool could do with bringing a striker in, just to shake things up and primarily someone who gets goals. I think there’s too much pressure on those two players at the top of the pitch to score goals.

“If they don’t score, Liverpool don’t look like scoring.”

The 25-year-old forward has taken in 155 appearances for Liverpool, scoring 35 goals and recording 13 assists.

Only 15 of those outings have come this season, along with a solitary goal, and Origi has been restricted to just 178 minutes of Premier League football.

He is tied to contract through to 2024, but transfer talk has surfaced in recent windows and it may be that he needs to leave Merseyside in order to find regular football.

Origi has been used sparingly in the 2020-21 campaign despite Liverpool struggling for an attacking spark at times.

Egyptian frontman Salah has remained a talismanic presence, but others have seen their standards slip to the point that Klopp has already thrown the towel in on the Reds defending a domestic title that they secured in record-breaking style last summer.

Fri Feb 19 , 2021
The Red Devils boss says the Wales international winger remains an important part of his immediate and long-term plans at Old Trafford Ole Gunnar Solskjaer claims Daniel James’ “X-factor” has always been in his thoughts, despite the Manchester United winger sparking exit talk during the January transfer window. The Wales […] 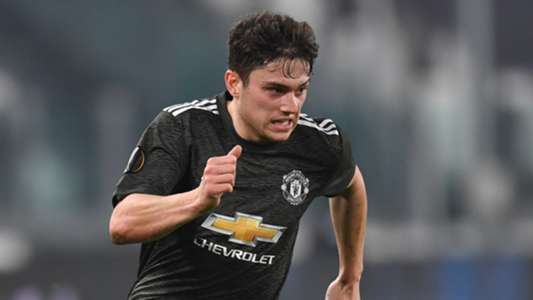