Timo Werner “would have improved” Liverpool, according to Phil Thompson, who says Jurgen Klopp should have taken a “risk” on the Chelsea-bound striker.

Werner’s electrifying form for RB Leipzig in the Bundesliga this season has not gone unnoticed among the world’s elite clubs.

The likes of Bayern Munich, Real Madrid, Juventus and Paris Saint-Germain have all been linked with the 24-year-old, but he hinted that the Premier League would be his ideal next destination in February.

Werner suggested he would be a “good fit” for Klopp’s system at Liverpool, who currently boast the Premier League’s most feared forward line.

However, Chelsea are now on the verge of beating the Reds to the Germany international’s signature, having agreed to meet the £54 million ($68m) release clause in his current contract.

Thompson understands those who doubt whether Werner would have usurped Roberto Firmino, Sadio Mane or Mohamed Salah at Anfield, but he believes the Leipzig star would have proven a worthy investment for the Reds as they strive to maintain their recent success.

Asked about Werner’s impending move to Chelsea, the Liverpool legend told Sky Sports: “I think you should always try and improve.

“When you’re on the up, when you’re playing well, that is when you should look to back it up.

“I would have loved to have seen him come but Liverpool have not done that, they’re looking at it and it’s probably costing too much.

“Timo Werner will be going, ‘Maybe I might not get in there’ and maybe [Jurgen] Klopp is thinking, ‘We can’t afford to have somebody for that price just sitting on the bench’.

“He’ll [Werner] be alright for three or four years and I would have taken that risk.

“If he wanted to come I think you have to improve your team when you’re on top and he would have improved us.”

Werner has hit 25 goals in 31 Bundesliga appearances for Leipzig in 2019-20, while also laying on eight assists, helping Julian Nagelsmann’s side rise to third in the table.

Leipzig need just one more victory from their final three games to be sure of Champions League qualification, with a home clash against struggling Fortuna Dusseldorf up next on Wednesday.

Tue Jun 16 , 2020
The British coach claims he is not thinking of signing new players yet because the club is struggling financially Gor Mahia coach Steven Polack has confessed he has not thought of discussing new signings with the club in the coming transfer window because “there is no money to support my […] 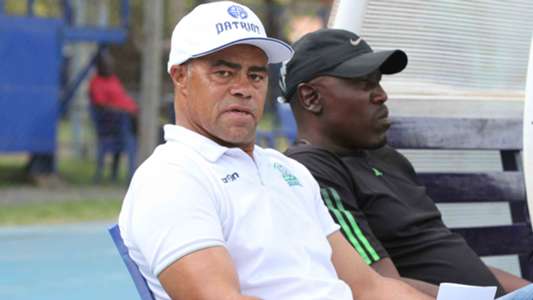