Injuries have ravaged the Liverpool side since the start of the Premier League season, and here is when their pivotal players are due to come back

Despite lifting their first-ever Premier League trophy last season, Liverpool have experienced an ueven campaign defending their title – their star forwards going through a scoreless rough patch and the myriad of injuries sustained not helping the situation.

The Reds have been missing key players such as Virgil van Dijk and Diogo Jota – so when are they expected to return? Goal takes a look.

Virgil van Dijk is expected to be ruled out for the majority of the season, if not the remainder of it, after picking up a serious ACL injury in the Merseyside derby against Everton.

The Netherlands centre-back underwent successful surgery in London, though Liverpool have not put a firm timeline on his return.

Klopp has been coy to comment on van Dijk’s situation further, despite the defender being pictured working with coaches on his rehabilitation:

“I have no problem talking about Virgil van Dijk. The progress is very good but there is still a long way to go,” he said.

“I would like to say something else but these are the facts unfortunately.”

Meanwhile, Joe Gomez is set to miss the rest of the season, with Klopp conceding that he would be surprised if the defender were to play again this campaign.

Klopp said: “Will he be available this season? When does the season end, May? It will be close at least I would say. I don’t expect … well, I would be positive surprised if he would be back this season, to be honest.”

There is better knews for Diogo Jota, who is due to return in early February after picking up a knee injury in the 1-1 Champions League group stage fixture against Midtjylland in December.

He was given a time frame of roughly two months for his injury, which would mean that he should be back in the squad soon.

It is a timely return as well, given how Liverpool have been struggling to score as of late: “How much I miss him is not important. I am not allowed to miss him. He is not there and we deal with it,” said Klopp.

Fabinho was forced to miss out on the Tottenham game in January due to a minor muscle issue, with Klopp refusing to go in-depth on his expected return date – though confirmed that he will miss out on the West Ham game.

There will be another longer wait for the return of Naby Keita, who has not played for the Reds since the impressive 7-0 Premier League victory over Crystal Palace on December 19 – with his timeline unknown.

Solskjaer sends message to forwards after firing blanks against Arsenal

Sat Jan 30 , 2021
Man United were held to a goalless draw at the Emirates as Edinson Cavani missed two big changes to give Solskjaer’s side the three points. Ole Gunnar Solskjaer wants to see work from his forwards on the training pitch to be more clinical with their finishing after their failure to […] 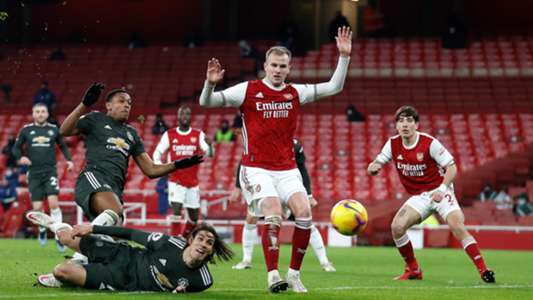