Liverpool “desperately” need to sign a defender, according to Danny Murphy, who says a new centre-back would give the Reds a huge “boost”.

Klopp delivered Liverpool’s first league title in three decades in 2019-20 as his team blew away their competition by securing the domestic crown with a record-breaking seven games to spare.

It was initially suggested that triumph would mark the beginning of a new era of domination for the Reds, but they have been unable to maintain the same levels of consistency in their latest campaign.

A five-match winless run has seen the reigning champions drop to fourth in the standings, six points behind current pace-setters Manchester United.

Liverpool have only scored once in that period, with the likes of Mohamed Salah, Sadio Mane and Roberto Firmino all struggling for form, while Klopp has also had to deal with a significant injury crisis at the back.

Murphy feels his old club should be dipping into the transfer market for defensive solutions with Virgil van Dijk and Joe Gomez still sidelined, with it his belief that Joel Matip is being too heavily relied upon to provide cover.

The former Liverpool midfielder does not think any of the blame for the team’s recent dip should be put on Klopp’s doorstep, though, as he told talkSPORT: “The small area of concern is the lack of transfer activity when they’re so desperately in need.

“I don’t think you should go out and buy for the sake of it. If you can’t get the ones you want in then you don’t do it.

“So I hope for everybody’s sake they do something in the last few days of the window, give everyone a boost and then a decent result at Tottenham [on Thursday] can get them back on track.

“It’s a difficult time for them. It’s a weird season. There’s one thing for sure, Jurgen Klopp’s got plenty in the bank. I don’t mean money, I mean credit.”

Asked if he expects a new defender to arrive at Anfield before the end of the month, Murphy responded: “I would really hope so. I’d be really surprised if nothing happened.”

He added on suggestions that the Reds are now involved in a battle for Champions League qualification rather than the title: “I still think he [Klopp] will be confident enough of getting top four with the attacking prowess they’ve got because those players are top class.

“Just because they’re having a little dip, that [quality] will come back. I’m not worried about goalscoring. He’ll believe they’ll get top four, but that’s not good enough now.

“Liverpool are way above that in terms of where they want to be and expectations and what the fans desire.

“If they don’t sign a defender, how fit can Matip stay with all the games? They’ll need [Jordan] Henderson and Matip fit, if they get those two fit they’ll be alright.”

Tue Jan 26 , 2021
The Irish coach suggested that Jamshedpur must build on their performance against Hyderabad and try to get as many positive results as possible… Jamshedpur FC will hope to get back to winning ways after a three-match winless run when they take on Kerala Blasters in their 14th match of the ongoing […] 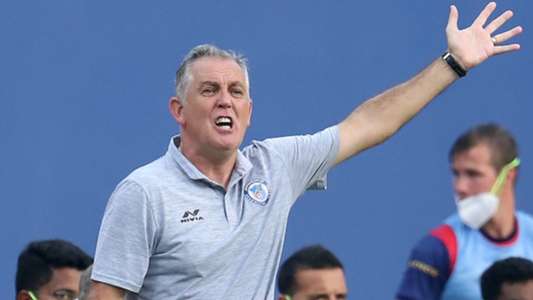