Liverpool owners Fenway Sports Group have met with Reds supporters to discuss a potential reconstitution of the club’s board, as well as the fallout from the failed Super League plot.

Billy Hogan, the Reds’ chief executive, spoke with Spirit of Shankly, the Liverpool supporters’ union, on Tuesday, with the initial consultation described as “positive”. A further meeting is expected to be scheduled in the next week, with Liverpool left to consider three detailed proposals from SOS.

FSG had agreed to consult with supporters as they seek to rebuild trust following the club’s role in the doomed Super League project. John W Henry, the prinicipal owner, was forced to apologise for that after a series of demonstrations outside Anfield and at the Reds’ Premier League game at Leeds.

Spirit of Shankly released a statement on Tuesday evening confirming they had met with Hogan and other Liverpool representatives.

They confirmed that they had requested a reconstitution of Liverpool’s board which would allow for “effective, elected and accountable fan representation” in relation to issues which impact supporters and the Anfield community.

“This cannot be token representation,” Spirit of Shankly added, “but one that has the ‘golden share’ or veto on the decision-making process. We believe this is desirable, practical and achievable both in the short and long-term.”

Earlier on Tuesday, Chelsea announced that they would allow “three supporter advisors” to attend board meetings to ensure that “general supporter sentiment is considered as part of the club’s decision-making process.” Crucially, however, these advisors would not have any voting rights.

What about the European Super League?

With regards to the fallout from the Super League, which has sparked fan protests across the country, Spirit of Shankly confirmed that they have asked for a commitment from FSG that any costs incurred in the “creation of and withdrawal from” the ESL wil be funded solely by the owners and not by the club.

“We note that the Kroenke family have already made this commitment to Arsenal fans,” they added.

SOS confirmed that “these motions were acknowledged, and received, by LFC. They have taken these away for discussion and will respond formally with a further local meeting expected in the coming days.

“This initial consultation was positive, and both parties agreed there is a need for a new structure leading to meaningful and lasting supporter engagement.”

Tue May 4 , 2021
Pep Guardiola’s men are enjoying the most prolific European campaign by an English team in history Manchester City became the winningest English team ever in a single Champions League season with Tuesday’s semi-final second leg victory over Paris Saint-Germain. The 2-0 (4-1 on aggregate) result gave them a record 11 […] 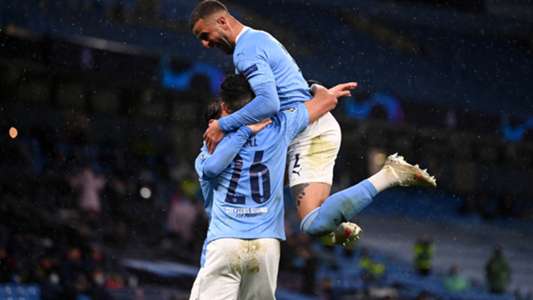