The Allianz Arena chief wants to bring in the Frenchman to replace David Alaba, but two Premier League clubs are also keeping a close eye on him

Liverpool and Chelsea are interested in Dayot Upamecano, according to Karl-Heinz Rummenigge, who says Bayern Munich are also planning to swoop for the RB Leipzig defender.

Upamecano has emerged as one of the most sought-after players in Europe over the past two years, having enjoyed a rapid rise to prominence at Red Bull Arena.

The 22-year-old has helped Leipzig challenge Bayern for the Bundesliga title in Germany, while also starring in the Champions League, showing maturity and physical strength belying his age.

The likes of Manchester United, Real Madrid, Juventus and Paris Saint-Germain have all been linked with Upamecano in recent months, with his stock seemingly rising with each passing game.

Rummenigge has now confirmed that Bayern will be in the market for the Frenchman in the summer transfer window as they look to bring in a replacement for exit-bound David Alaba, whose current contract is due to expire at the end of June.

“In addition to Bayern Munich, there are at least two quite attractive clubs interested,” the Bayern CEO told Sky Germany.

“I can’t say if there will be other departures in that position.”

Rummenigge is expecting Bayern to face competition from two Premier League giants in the race for Upamecano’s signature, with the former forward claiming that Liverpool and Chelsea are also weighing up moves for the Leipzig star.

However, he believes the German champions will have an edge in any negotiations due to their history with Upamecano’s agent Volker Struth.

“You have to let things grow in peace. We have a good relationship with Mr Struth. The player will know what he wants at some point,” Rummenigge added.

“We have a good relationship with RB Leipzig as well. I have had a conversation with Oliver Mintzlaff. When things become concrete, we’ll talk again.

“The fact that Chelsea and Liverpool are also interested in him proves that he has very good qualities. He can replace David Alaba.”

Upamecano still has two-and-a-half years to run on his current deal at Leipzig, which includes a €42.5 million (£38m/$51m) release clause, and will be back in action for Julian Nagelsmann’s side when they take on Bochum in the third round of the DFB Pokal on Wednesday.

Mon Feb 1 , 2021
The teenage full-back has joined on loan ahead of a permanent move in the summer and leaves MLS for a franchise record fee United States youth international Bryan Reynolds has completed his move to Roma from FC Dallas. The 19-year-old has joined the Giallorossi on an initial loan deal after […] 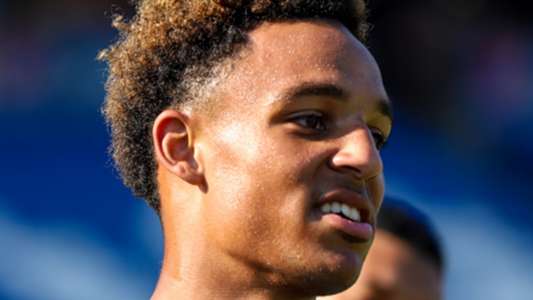