Bissouma scored a stunning goal from 32 yards to inspire Brighton to a 2-1 victory over League One club Doncaster Rovers in Saturday’s FA Cup outing.

The 24-year-old is said to be on the radar of several clubs including Liverpool and Real Madrid this month following his impressive performances in the middle of the park and Potter believes he can do well in the elite European competition but he still needs to improve.

“I think the best Yves Bissouma can, absolutely [play regularly in the Champions League],” Potter was quoted as saying by Sussex Live.

“He has got that quality and those attributes that you need at that level. It is about him being consistent enough to do that.

“I think he has made steps with that but I think there is more to do and more to come.”

Bissouma has over two years left on his contract at the Amex Stadium and the English tactician said they are relaxed over the speculation surrounding the future of the former Lille midfielder.

“You never know anything in football these days but I think from his perspective he is happy here.

“He is improving, he knows he has got a bit to do as well. He wants the team to be successful and to help the team. We are quite relaxed about everything.”

The Mali international’s strike on Saturday was his fourth effort for Brighton & Hove Albion since 2018, and all of his goals have come from outside the penalty box.

4/4 – All four of Yves Bissouma’s goals for Brighton have come from outside the box, with his opener against Blackpool coming from 32 yards out. Range. pic.twitter.com/TQKXMi3D8l

Potter revealed Bissouma has told him several times about his ability to score long-range efforts.

He said: “I wouldn’t say a rollicking but I would have a discussion with him about his shooting decisions.

“He always tells me he has got the ability to whack one in from 30 yards into the top corner.

“Obviously it is harder for me to argue now, isn’t it?”

Sun Jan 24 , 2021
The England striker scored three to help the Blues past the Championship side and ensured Timo Werner’s penalty miss counted for little Tammy Abraham emulated his manager for Chelsea in their 3-1 win over Luton on Sunday, becoming the first Englishman since Frank Lampard to net an FA Cup hat-trick […] 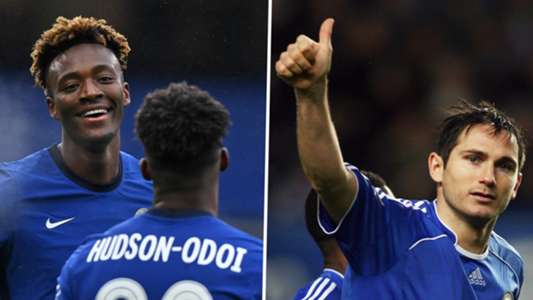