Jesse Lingard is on the brink of joining West Ham on loan for the rest of the season after a breakthrough in negotiations, Goal understands.

The attacking midfielder has fallen down the pecking order at Old Trafford and while Ole Gunnar Solskjaer was keen to keep Lingard at the club to boost his squad in what is expected to be a busy second half of the season, he reluctantly agreed to let the 28-year-old head out on loan for the remainder of the campaign.

Goal understands negotiations have been complicated but that the two sides came to an agreement late on Thursday where West Ham will pay a £1.5 million loan fee and will cover Lingard’s wages.

David Moyes’ side beat off competition from Sheffield United and West Brom, who were also interested in signing the England international. Lingard has only made two starts for United this season, which has led to his desire to leave to pursue more regular playing time.

“Jesse trained this morning, he wasn’t in the squad,” Solskjaer said after Lingard was left out of the FA Cup squad to face Liverpool at the weekend. “So, of course, he wants to play football, we will have to see and I will sit down with Jesse and make a decision on what we’re going to do.

“So far, he’s been the ultimate professional, trained well with a small group this morning that were not in squad. I will sit down and see if anything comes up. I’m very happy to have him around us as I know he could have played today and done well.”

Lingard has made over 200 appearances for the Red Devils, having joined when he was just seven years old, and the club triggered an extension in his contract just before Christmas, which means his current deal will not expire until the end of 2022 season. He is highly regarded at Old Trafford, but with playing time limited he has been seeking an exit.

With just a few days left of the winter transfer window, United are expecting a quiet final few days with no incomings anticipated. Facundo Pellistri is also likely to leave on loan, with Goal understanding that United have opened discussions with Deportivo Alaves over a loan for the right-winger until the end of the season.

Thu Jan 28 , 2021
The Cameroonian started alongside Jordan Henderson in the Reds’ defence but did not come out for the second half against Spurs Liverpool’s defensive injury crisis has seemingly gone from bad to worse with Joel Matip substituted at half-time against Tottenham – after Fabinho was ruled out of the squad entirely. […] 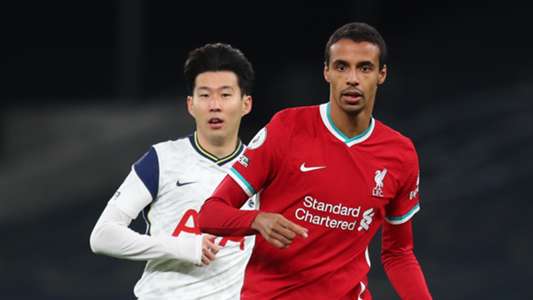