Jesse Lingard has the “swag” and “sauce” of Paul Pogba and can find his dancing feet again after agreeing to leave Manchester United for a loan spell at West Ham, says Ian Wright.

The England international midfielder is heading to east London on an initial deal through to the end of the 2020-21 campaign, with that agreement in the process of being completed.

A fresh start could be just what Lingard needs after losing his way somewhat at Old Trafford.

The Red Devils academy graduate has taken in 210 appearances for his parent club, earning lucrative contracts along the way, but he has gradually slipped out of favour under Ole Gunnar Solskjaer.

Former United boss David Moyes is happy to wipe the slate clean at West Ham, with the Scot moving to snap up a player that he knows well.

Wright expects Lingard to rediscover his spark at the London Stadium, with the former Hammers striker looking forward to seeing more smiles and trademark celebrations from the England international.

“I cannot stress enough how hard it is to get through that [United] academy,” the ex-Three Lions frontman told Wrighty’s House Podcast.

“If it is West Ham then he’s going into a team that is playing with a lot of confidence. He’s going to play for West Ham, you do a couple of things right there and those fans are fantastic.

“I only went there for a little while, but they see that you’re committed and then you’re in. I can’t wait to see him play without the pressure of United on his shoulders.

“Twenty-eight in football, especially for him, he’s not injury-prone, we’re talking about someone who’s very fit. The only thing that is missing from Jesse Lingard to get back to where he was is confidence.

“Love him again, so we can see him dancing, doing his thing. A lot of what Jesse gets negativity coming towards him for… he’s got what Paul Pogba’s got. They’ve got a vibe, they’ve got swag, they’ve got sauce.”

That sauce has been in short supply of late, with Lingard taking in just three domestic cup appearances in the 2020-21 campaign, but he is linking up with a Hammers side that have put themselves in contention for a top-four finish and will welcome a winter injection of fresh faces.

‘Liverpool needed a new centre-half before this season’ – Loan or free agent the only options, says Enrique

Fri Jan 29 , 2021
The former Reds left-back believes defensive reinforcements should have been on Jurgen Klopp’s shopping list before a run of injuries in 2020-21 Liverpool needed another centre-half before the 2020-21 season started, says Jose Enrique, with the Reds left scratching around for a loanee or free agent as Joel Matip rejoins […] 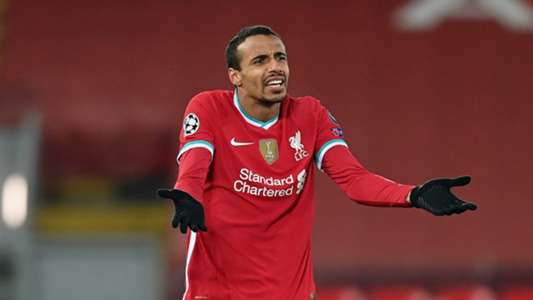