Watford boss Nigel Pearson has admitted that he ‘can’t stand’ fake crowd noise, which he has compared to “American comedy shows with canned laughter”.

The Premier League returned behind closed doors this week, with numerous new systems put in place to enhance the experience for players, staff members and supporters watching from home.

One of the more controversial additions has been the introduction of artificial crowd noise, which clubs have the option to turn on whenever the ball is out of play.

Watford trialled the sounds over their loudspeakers at Vicarage Road during a friendly against Brentford last weekend, and number one goalkeeper Ben Foster was left frustrated by the random interruptions.

“It really annoyed me,” Foster said post-match. “Everybody agreed we’d rather not have it.”

Pearson echoed the English shot-stopper’s sentiments during a press conference on Thursday, while revealing that Watford will not be using the system again when they place host to Leicester on Saturday.

He said: “What we have got to do is just deal with the situation, our stadium will be the same as every other stadium – no supporters.

“It is a real shame, let’s be honest this game is for supporters. It would be nice to have our fans here, but they are not so it is how you are able to deal with the situation.

“Hopefully our players will be able to isolate all the emotional side of it and deal with a sterile environment.

“We are not overly keen on – I don’t know if you like American comedy shows, I can’t stand them with canned laughter – so we don’t intend to create an environment where there is a false atmosphere.

“We have to deal with our own situation and know that our fans are very much behind us. We know that anyway, we are a club that has an identity in the community and the way the club has supported that community during the pandemic has been very, very good.

“Every club is in the same situation, we just have to try and win as many games as possible and deal with an unusual set of circumstances.”

Thu Jun 18 , 2020
EFE It wasn’t even 10 in the morning and I’d already received various WhatsApp messages from an Atletico Madrid fan praising Diego Simeone to the hilt. It didn’t take much… well, maybe it did: a 5-0 win away from home was the reason for this Rojiblanco joy. It had been […] 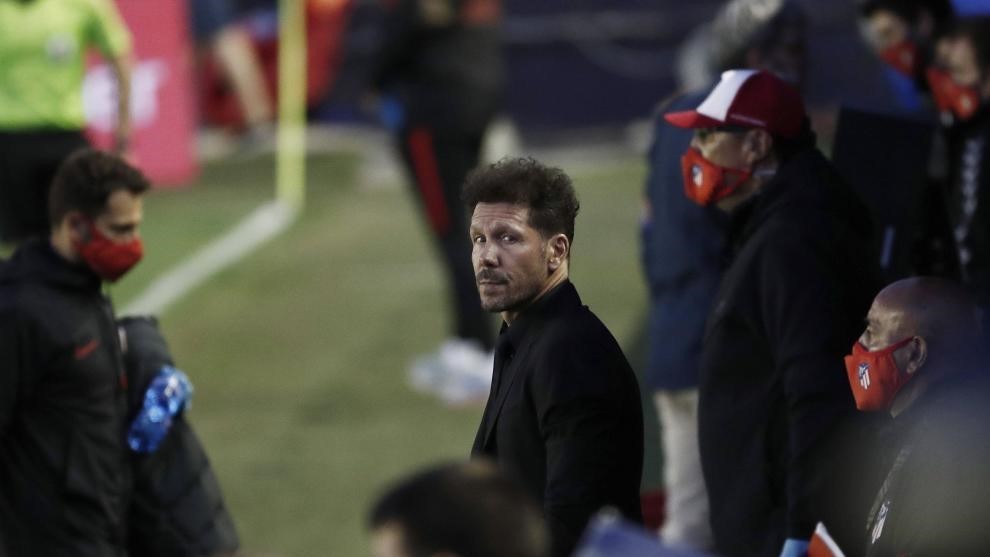