Leicester defender Wesley Fofana has thanked Crystal Palace for allowing him to break his Ramadan fast during the first half of Monday’s Premier League game between the sides.

During the month of Ramadan, many Muslims abstain from eating or drinking during daylight hours.

Monday’s game kicked off during daylight but the game was paused after 30 minutes following sunset to allow Fofana and Crystal Palace defender Cheikhou Kouyate to take in some water and energy gels on the side of the pitch.

Editors’ Picks
What did Fofana say?

It was agreed in the pre-game captain’s meeting that the match be paused when there was a natural break in play after sunset.

That occurred when the ball went out for a goal kick around the half-hour mark, with Palace goalkeeper Vicente Guaita delaying taking the kick so Fofana and Kouyate could take on some fluids and energy gels.

It is believed to be the first time a Premier League game has been paused to allow Muslim players to break their fast after sunset during Ramadan.

“Just wanted to thank the Premier League as well as Crystal Palace, Vicente Guaita and all the Foxes for allowing me to break my fast tonight in the middle of the game,” Fofana wrote on Twitter.

Fofana only played 60 minutes against West Brom last week before being substituted, with Foxes boss Brendan Rodgers revealing after the game that he took the defender off to protect his welfare as he was fasting.

However, the 20-year-old was able to complete the full 90 minutes on Monday, with Leicester winning 2-1 to boost their chances of qualifying for next season’s Champions League.

Why do Muslims fast during Ramadan?

Fasting is one of the five pillars of Islam, so all adult Muslims are expected to fast during Ramadan to show their devotion to their religion and Allah.

The exact dates change each year because it is based on a lunar calendar, with this year’s Ramadan taking place between the evening of April 12 and the evening of May 12.

The end of Ramadan is marked by the festival of Eid al-Fitr, or ‘festival of the breaking of the fast’, where friends and families traditionally gather together to feast and pray.

Tue Apr 27 , 2021
The regional’s football body has picked Abidjan as the location where the maiden women’s club championship will take place The maiden WAFU-B Women’s Champions League will be held in Abidjan, the West African Football Union has confirmed to Goal. The first-ever regional women’s club competition is scheduled to be played […] 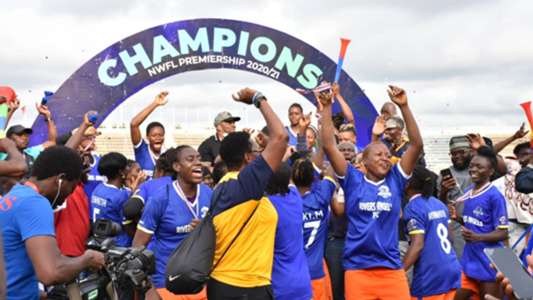