Leicester City must work and stay focus ahead of Sunday’s Premier League encounter versus Wolverhampton Wanderers, according to Kelechi Iheanacho.

In the absence of Jamie Vardy, the Nigeria international led the Foxes’ attack as Brendan Rodgers’ men cruised to a 2-0 victory at Fulham on Wednesday night.

At the Craven Cottage, the striker put his side ahead after heading James Maddison’s cross past goalkeeper Alphonse Areola for his first league goal of the 2020-21 campaign.

Leicester travel to the Molineux Stadium for a date with Nuno Espirito Santo’s men and the former Manchester City man disclosed that his team would be at their best in a bid to consolidate on their last result.

“It will be a tough game, so we need to really work in training, stay together, and focus on the next game.”

Having found the back of the net against Scott Parker’s relegation-threatened team – his fourth goal in all competitions for the King Power Stadium giants this term, the Super Eagle vowed to keep working hard in his bid to earn more playing opportunities to showcase his abilities.

“We are delighted. It’s a clean sheet and we are really happy we’re back to winning ways. We need to get going now and focus on the next games,” he continued.

“We’re really happy. It’s not an easy ground, coming here. They’re really good at their home, so we needed to stay together, stay compact, and we got the win. In the second half, we had to get tight and defend until the last minute.

“Actually, I wasn’t expecting the header,” the former Manchester City forward added. “I got in the space between the two central defenders and I got the header, so I’m delighted.

“I’m always working in training. I need to work really hard to get my chance. Sometimes, the gaffer switches the team around, so I need to work for my chance. When it comes, I need to take it and that’s what I did [on Wednesday].”

As it stands, Leicester City are third in the English elite division log having accrued 42 points from 22 games – five points behind leaders Manchester City who silenced Burnley 2-0 at Turf Moor.

Thu Feb 4 , 2021
The former Red Devils full-back believes the progress made by Luka Shaw with Alex Telles behind him proves that Ole Gunnar Solskjaer should add again Manchester United should be making the addition of another right-back a top priority for the summer transfer window, says Fabio da Silva, with Aaron Wan-Bissaka […] 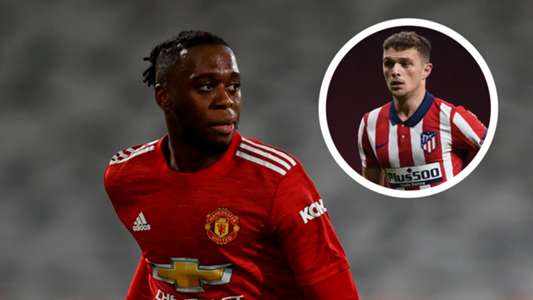