Liverpool’s season is in danger of falling out from under them. The Reds were hammered 4-1 by Manchester City last time out at Anfield, dropping their second game on the bounce. Jurgen Klopp’s men have only won two out of their last nine matches, but those two triumphs did come on the road against Tottenham and West Ham. Liverpool will need their best performance to keep their slim hopes of competing for the title alive.

Leicester begin the day above Liverpool in the Premier League and with the opportunity to extend their advantage in third place up to six points. The Foxes advanced to the quarter-finals of the FA Cup during the week with a 1-0 win over Brighton and Hove Albion, but now turn their focus back to the league. Brendan Rodgers’ men have only lost one of their last 10 league games, although their last defeat came on home soil against Leeds United. The Northern Irishman will be eyeing a strong performance against his former club.

Good afternoon and welcome to the live commentary of the Premier League clash between Leicester City and Liverpool at the King Power Stadium.

Ndidi starts, Iheanacho on the bench as Leicester City clash against Mane’s Liverpool

Sat Feb 13 , 2021
The Nigeria stars and the Senegal international will feature for their respective clubs at the King Power Stadium Leicester City have handed Wilfred Ndidi a starting role while his compatriot Kelechi Iheanacho is on the bench for their Premier League game against Sadio Mane’s Liverpool on Saturday.  Ndidi has been […] 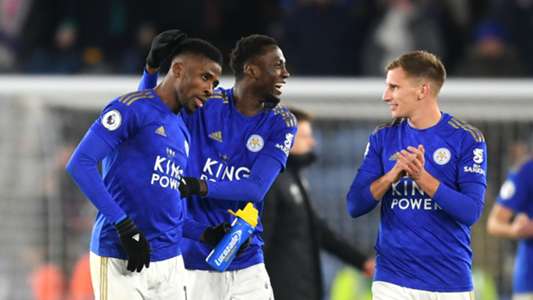