Talk of a takeover bid being lodged at Arsenal is gathering pace, with club legends Thierry Henry, Dennis Bergkamp and Patrick Vieira said to be keen on joining the efforts of Spotify founder Daniel Ek to wrestle power from the Kroenke family.

One foreign billionaire has offered to take control from another in north London, with disgruntled supporters welcoming talk of potential change in the wake of a Super League fiasco at Emirates Stadium.

It has been suggested that iconic figures from Arsenal’s past could form part of a new ownership team, but Lehmann is struggling to see how so many big personalities could work together at the Premier League giants.

Lehmann, who also formed part of Arsenal’s fabled ‘Invincibles’ squad of 2003-04, told talkSPORT of the takeover rumours: “Josh Kroenke and his father are still interested, and they like to make people happy.

“I only met Josh a couple of times, but he doesn’t seem to be not interested about his club.

“It’s about competence and the guys who are there right now are good, I know the CEO, I obviously know Edu and they’re doing to the best of his abilities.

“Bringing in guys like Thierry, Dennis and Patrick, my former team-mates, that would be fantastic as well.

“About a new owner, I don’t know if that works because first of all you need to know if Mr Kroenke wants to sell the club, and I’m not aware of it.

“If you have these three guys, they are all coaches and managers, so who is doing what there? There could be a conflict of interest, or a conflict of their jobs, will they all be in the pitch?

“It sounds interesting, but at the end of the day I’d like to see how they’d structure that.

“Oliver Kahn is about to become the CEO of Bayern Munich, and I’ve always liked that concept of having a CEO who was a former footballer and who is well educated.

“To have an ex-football player on board is not a bad idea.”

Quizzed on whether he would like to get involved in any new project at Arsenal, former goalkeeper Lehmann added: “Ha, it’s a good question… we’ll see.”

Spotify founder Ek, who is said to boast a net worth of £3.2 billion ($4.4bn), threw his hat into the ring on Friday as Arsenal fans staged a protest against the Kroenkes ahead of their Premier League meeting with Everton.

The Swede is a Gunners supporter, having first started following them during Anders Limpar’s time in England, and boasts the financial muscle required to take control of a leading European club.

The Kroenkes, led by billionaire businessman Stan, have been in charge at Emirates Stadium, though, since August 2018 and have offered no indication that they are ready to sell.

Public opinion is, however, turning against them, with many Arsenal followers making their frustration clear at plans to form part of the breakaway Super League that would have disrupted the established model of English football as owners sought to line their pockets.

Tue Apr 27 , 2021
The Mailmen finished the month unbeaten, winning two out of three games without conceding Posta Rangers tactician Stanley Okumbi and goalkeeper Kevin Opiyo have been crowned as the best Football Kenya Federation Premier League coach and player respectively for the month of March.  The duo played a vital role in […] 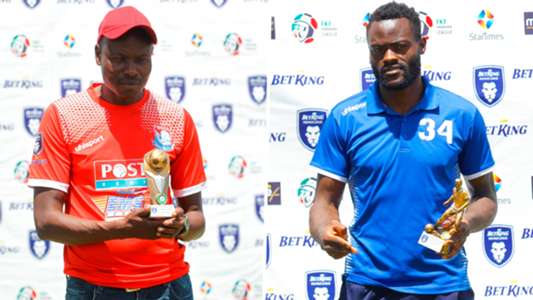