The Argentine does not like to tie himself to long-term deals, but the Whites chairman harbours optimism he will stay at Elland Road

Leeds United have made preparations for Marcelo Bielsa’s potential exit from the club, admits Andrea Radrizzani, but the Whites chairman remains optimistic the Argentine will remain at Elland Road for another year.

Former Atletico Club boss Bielsa joined Leeds in something of a coaching coup back in 2018, and guided them back to the Premier League last season after two years at the helm.

The 64-year-old, however, is famously averse to committing himself to a long-term contract, with his current deal set to expire in the summer, but Radrizzani, along with director of football Victor Orta, remains hopeful he will stay.

Editors’ Picks
What has Radrizzani said?

“Marcelo knows we are happy with him,” the Italian told CBS Sports. “If he stays, we are really delighted to continue. If the group is happy with him, I am also happy and we should continue.

“So, it’s up to him. We wait on his decision but in any case, myself and Victor have already analysed the options and what to do in case Marcelo does not want to be with us. We hope he will continue but in any case we are preparing the club.

“[But] I believe this team is not finished yet, [and] Marcelo as well. They need to come and enjoy Elland Road with the fans in the Premier League. It’s what he deserves as a manager, and it’s a unique experience.”

Since his surprise appointment as successor to Paul Heckingbottom in 2018, the manager known affectionately as ‘El Loco’ has won plaudits for both his side’s showmanship and his own personal sportsmanship.

In his first season in charge, only a late slump and a shock play-off reverse to Frank Lampard’s Derby Country prevented a return to the Premier League for Leeds after a decade-and-a-half exodus.

He ensured an immediate correction to that near-miss the following campaign, however, romping home last summer to win the Championship, a feat that earned him a third-place finish at last year’s The Best FIFA Football Coach Awards.

Since then, his uncompromising style of football has remained a talking point in the top flight, with Leeds’ free-flowing expansive approach frequently yielding goal-heavy scorelines and entertaining performances all around.

Radrizzani – who earlier this year confirmed an increased minority stake for NFL team the San Francisco 49ers in the club – has made no secret of the fact that Leeds need to consolidate a permanent place in the Premier League over the next few seasons.

If Bielsa were to leave at the close of the current campaign, it would be intriguing to see in what direction the club would go to find his replacement.

The Argentine has transformed a squad of mostly Championship stalwarts, youthful starlets and journeymen players, aided by a brace of intriguing signings such as Brazilian youngster Raphinha, into a well-drilled side arguably kept together by the relationship he shares with them.

Bielsa’s exit would likely have greater ramifications for Leeds in terms of their star players, with talents like England international Kalvin Phillips sure to attract interest from Premier League rivals.

Sat Feb 20 , 2021
The Blaugrana boss is reluctant to be drawn on the identity of possible targets as his side are in no position to piece together plans at present Ronald Koeman has offered a cryptic response when quizzed on Barcelona’s reported interest in Borussia Dortmund striker Erling Haaland, with the Blaugrana boss […] 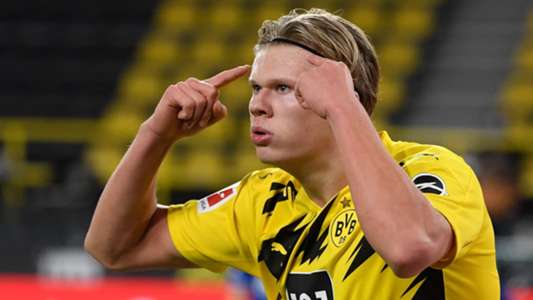