The Argentine revealed that it will be weeks rather than days before he can welcome the pair back, with the Spaniard’s absence set to be sorely felt

Leeds United attacking duo Rodrigo and Ian Poveda are expected to be sidelined for several weeks, manager Marcelo Bielsa has confirmed, in the latest injury blow for the Whites.

The pair picked up a muscle strain and an ankle knock in the club’s Premier League win over Leicester City and the Under-23 side’s win over Sunderland, respectively, in the past few weeks.

Both players were missing in action for Wednesday’s defeat against Everton at Elland Road and will be absent for Monday’s visit of Crystal Palace too.

But their coach has now revealed that the Spain international and England youth starlet will be set for lengthier layoffs than initially hoped, joining fellow summer signings Robin Koch and Diego Llorente on the sidelines.

What has Bielsa said on the pair’s injuries?

The veteran Argentine provided further insight on Rodrigo’s problems during his pre-match press conference ahead of the clash with Roy Hodgson’s Eagles.

“It’s not a question of days, more of weeks,” the former Athletico Bilbao boss revealed. “Rodrigo fell and his legs separated and caused an elongation more than usual and this caused the injury.

“I saw a picture of the position both of his feet ended up in and the difference between them was different to what we would expect.”

How crucial will the duo’s absences be?

While Poveda is less of a regular fixture in Bielsa’s matchday plans – the 20-year-old has played just 10 top-flight games this term, all off the bench – Rodrigo has proved to be an integral presence since his arrival in August.

The former Valencia man has featured in all but three of United’s Premier League games across the current campaign, netting three times and providing a solitary assist so far.

Alongside fellow attacking option Raphinha, he has proven to be one of the Whites’ most dangerous creative playmakers, providing a key link to striker Patrick Bamford up front.

What games will they miss?

Bielsa’s comments that the duo may be waiting a number of weeks to make their return to action suggests that they may not kick a ball until March at the earliest.

That would rule them not only out of Monday’s clash with Palace but also games with Arsenal, Wolves, Southampton and Aston Villa across the rest of February.

Bielsa has however been handed a boost with the news that Gaetano Berardi is set to return to training after he damaged his knee ligaments at the end of last season.

“He’s going to be returning to training on Monday with the team, and as he gains fitness he will start being incorporated with the U23s,” the 65-year-old added.

Fri Feb 5 , 2021
The Cottagers have struggled for goals in their survival bid, but should find some reprieve – and menace – in the former Sunderland striker Wednesday night would have served as very instructive viewing for new Fulham signing Josh Maja. On transfer deadline day, the former England youth international joined the […] 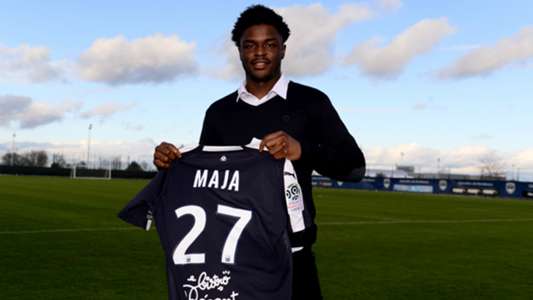