After a rusty start to their season, the Gaurs are slowly getting back their mojo as they end 2020 on a high…

Another day, another late winner from Igor Angulo. The in-form forward sealed three points for FC Goa as they end 2020 on a high, sneaking into the top-four in Indian Super League (ISL).

Just like in the previous game against Jamshedpur FC, the Gaurs once again kept it late but in the end, made sure the job was done thanks to goals from ‘super-sub’ Ishan Pandita, who scored seconds after coming on to the pitch as a substitute and then Igor Angulo who was too hot to handle for the Hyderabad backline.

The reigning ISL league shield winners did not have the best of starts to their campaign this season but with each passing match, the Gaurs slowly improving. With the mass exodus of foreign as well as Indian players in the summer, new coach Juan Ferrando had a tough job in hand to regroup the side but the young Spanish coach has so far done a commendable job.

FC Goa deserve a bit of credit for replacing talismanic striker Ferran Corominas, who left the club after three seasons this summer, with a worthy successor in Igor Angulo. The veteran striker has a vast experience of playing at the top division of Spain and has done a splendid job in his debut season in India. He has already scored nine goals in as many games and is leading the chart of top scorers in the ISL.

86.4 – For any player who have scored a minimum of two goals in the ongoing #ISL campaign, @FCGoaOfficial’s Igor Angulo has the best minutes to goal ratio (86.4). Lethal. #HFCFCG #HeroISL #LetsFootball

With the support from Jorge Ortiz and Brandon Fernandes, Angulo has scored crucial goals to ensure Gaurs remain in the top-four mix.

But Ferrando still has to sort out a few issues. Goa have not been able to take a game by the scruff of its neck despite dominating possession. Often, after conceding goals, they are forced to go all out in attack and eke a result out. This has worked for them in the last couple of games but it cannot be the norm throughout the season.

The coach himself acknowledged this after the Hyderabad game and expects more character from his team.

“It is important to be calm because in the last two games we won 2-1 in the last minute. We have to grow up during the games. It is necessary to start the games with more personality and more character and not react only after going down by a goal.”

While the Gaurs end the year on a high, the Nizams conceded their third defeat on the trot this season. After a strong start to their campaign where they remained unbeaten in their first five matches, Hyderabad’s form graph have suddenly gone downhill and they are now languishing at the bottom half of the league table.

Unfortunately, Manuel Marquez is yet to get a fully fit squad at his disposal. Hyderabad have played with only three foreigners for the majority of the first phase and have done a fairly decent job.

Good news for them though is the three injured foreigners (Fran Sandaza, Joel Chianese and Lluis Sastre) have recovered from their injuries and are slowly regaining fitness. They have also signed Dutch midfielder Roland Alberg as their seventh overseas signing and he will join the team as soon as his quarantine period is over.

This Hyderabad side has shown a lot of promise so far in the league with limited resources and Manuel Marquez will hope that he gets a fully fit squad in the remaining matches of the league. 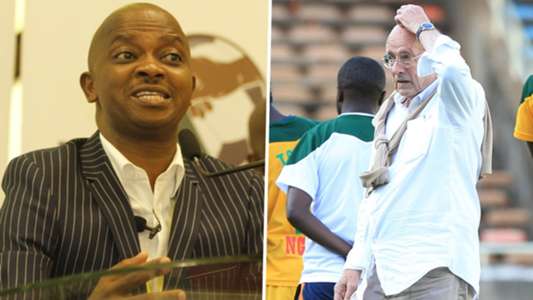