Serbian tennis player Laslo Djere says he would be willing to go to New York and play the US Open if he avoids a two-week quarantine upon his arrival. On Tuesday, New York Governor Andrew Cuomo gave the US Open organizers the approval to proceed with the event.

The Open will be held without fans and they have set strict hygiene rules. “If there are two weeks of quarantine, then I don’t think it’s realistic to go to New York. If it has been dropped and now you can train immediately…

The rules are strict, it is not ideal for the game and the conditions for the Grand Slam tournament are not adequate, but again, if it is organized, personally I am not so scared of the coronavirus. If there is no quarantine, I would play, I don’t know if I would really stay in Serbia and miss the US Open – to be honest, I am financially secure, but again $70,000 for the first round is not a small amount,” Djere told Sport Klub.

“If there is no quarantine and if you are so afraid of the coronavirus and you don’t think you should play, you can literally come to New York the day before, lose the first round and come back. We have to take into account that none of us has been earning for half a year – no one will do that because he will be happy to play with half his strength, but such is the situation that someone can be forced to do it.

We’ll see,” Djere said. Djere, 25, has earned $2,124,226 throughout his career and the majority of his money earned came last year when he enjoyed a breakthrough season on the Tour. Djere, ranked at No. 80 in the world, claimed his maiden title last year at an ATP event in Rio de Janeiro, after beating Felix Auger-Aliassime in the final. Former world No. 27 Djere suffered a first round loss at the US Open last year.

FC Goa's Edu Bedia: I was surprised that Sergio Lobera was sacked

Fri Jun 19 , 2020
The 31-year-old is focused on winning the ISL next season with Juan Ferrando… FC Goa’s star midfielder Edu Bedia has admitted that he was left surprised by the turn of events towards the end of the last Indian Super League (ISL) season which culminated in the sacking of head coach […] 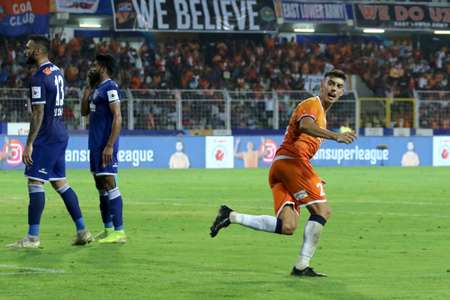