The presidential candidate for the Catalan giants has hit out at ‘disrespectful’ comments from Leonardo, the Ligue 1 club’s sporting director

Barcelona presidential candidate Joan Laporta has fired another shot at Paris Saint-Germain over their pursuit of Lionel Messi, saying the French club may be able to afford him – “if they continue to break Financial Fair Play rules.”

Laporta, the former Barca president hoping to be re-elected to the post in March, hit back angrily this week at comments made by PSG’s sporting director, Leonardo.

“Great players like Messi will always be on PSG’s list,” Leonardo told France Football. “But this is of course not the time to talk about it, or to dream about it.

“But we are seated at the large table of those clubs who are following the matter closely. In fact, no, we are not yet seated, but our chair is reserved just in case.”

Laporta has repeatedly claimed he will be able to keep Messi at Camp Nou as part of his election bid.

He accused PSG of being disrespectful in their public comments about Messi and threatened to report them to FIFA over the matter.

Now, he has doubled down on his criticism in explosive fashion.

“I find it inappropriate. It shows their lack of experience at this level,” Laporta told l’Equipe. “They still have a lot to learn in the world of football.

“I don’t know if this reaction is instinctive or if it’s a communication error. For my part, I have always respected other clubs.

“I don’t know if they can sign him. Maybe yes if they continue to break Financial Fair Play rules … from what I know, they had significant losses last year. I would be curious to know if they will ignore the rules of FFP to recruit him.

“If that happens, I hope that UEFA and FIFA will react firmly and that the Court of Arbitration for Sport will not hold back when it comes to delivering its verdict.”

PSG manager Mauricio Pochettino was asked about a possible move for Messi on Thursday but was more diplomatic in his response.

“Whatever I say will be misunderstood, and I love what I have here,” Pochettino told Marca. “Great footballers fit in any league and any team

“I respect players who belong to other teams, because [the teams] can get angry and I understand why.

“We understand that in the world of football there are no saints; nobody can complain that each club does its best to improve their team. But this does not hide a hidden message on our part.”

West Brom's Ajayi: Why I decided against joining Ajax

Fri Jan 29 , 2021
The centre-back has revealed the Dutch club were interested in his signing after impressing on trials and explained why he snubbed the chance West Bromwich Albion defender Semi Ajayi has explained his quest for first-team football made him reject an opportunity to join Ajax. The 27-year-old centre-back started his career […] 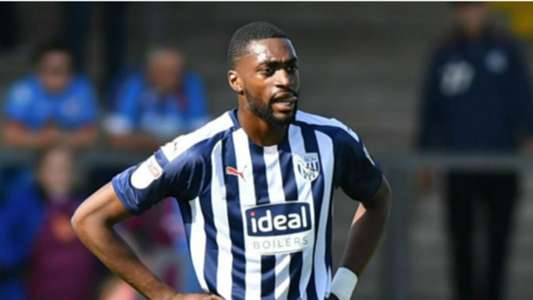