Questions are being asked of the club legend at Stamford Bridge, with an untimely wobble leaving the ambitious outfit with much to do in 2021

Frank Lampard has been warned that he is going to have to “learn quickly” in order to avoid the axe at Chelsea, with Steve Sidwell seeing the Blues heading down a “rocky road”.

Big investment at Stamford Bridge during the summer of 2020 was supposed to push the ambitious outfit back into contention for the Premier League title. Inconsistency has remained an issue, however, with a collection of high-profile additions delivering a mixed bag of results in west London.

Lampard is now seeing questions asked of his future, despite his status as a club legend at Chelsea. An untimely wobble that has delivered just four points from six top-flight outings has left the Blues playing catch-up and Roman Abramovich weighing up his options.

The expectation is that Lampard will be given time to get things right, as an inexperienced coach overseeing a long-term rebuilding project, but Sidwell says he needs players to step up.

“Before a ball was even kicked, a lot of money was spent in the summer getting players in,” the former Blues midfielder told talkSPORT. “He did ever so well getting top four last year, and top four will be a definite minimum requirement this season, but this season is a very odd and inconsistent one.

“Look at Southampton vs Liverpool, Man City have had a slump in form, and so have other clubs.

“This is a rocky road at the moment for Frank, but he’s got a group of players who we’ve seen the levels they can produce and they need to get back to it.

“He’s learning on the job as a manager, so experience-wise he hasn’t got what a Klopp, a Guardiola, or even a Ralph Hassenhuttl has got. He’s got to learn quickly, but saying that he’s got a group of players that can do it. They just need to compete as that’s what’s been missing in the recent games.”

Sidwell has seen first-hand how quickly fortunes can change for managers at Chelsea, with Jose Mourinho ushered through the exits in September 2007 despite delivering long-awaited title glory.

“I go back to when I was at Chelsea and Jose Mourinho left and Avram Grant took over,” added Sidwell. “I remember when the players called a meeting. JT [John Terry] called all the players in and said, ‘look, I’ve been with Roman and he’s said that Avram would be taking charge’.

“The lads were pretty shocked as Avram was there as a kind of technical director and go-between between Jose and Abramovich.

“I remember John Terry and the lads saying, ‘right, we need to drive this ourselves as Avram hasn’t got the experience of the top echelons of football in terms of the Premier League. We have, and we’ll drive this’.

“I’m not saying they went against his wishes or anything. He still led the football club and the football team, but the players really drove that dressing room.”

Thu Jan 7 , 2021
The Slum Boys will face Batoto ba Mungu in their belated Premier League start after the StarTimes sponsorship tussle Football Kenya Federation (FKF) Premier League side Mathare United have undergone mandatory coronavirus tests ahead of their game against Sofapaka on January 9. The Sofapaka encounter will be the first one for […] 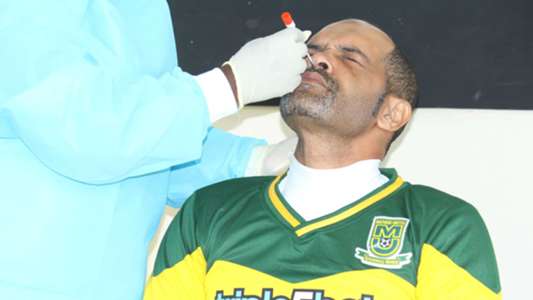