The manager refused to blame the goalkeeper for Luton’s goal in the first half, while he is confident the German striker will get back to his best

Tammy Abraham’s hat-trick proved enough to win the FA Cup fourth round tie at Stamford Bridge, but the home side had their difficult moments throughout the game.

A shot from Jordan Clark squeezed past Kepa despite the goalkeeper getting a hand to to the ball as the visitors pulled a goal back at the half-hour mark, while Werner went on to miss a penalty late in the game.

Lampard was quick to point out that Kepa saved his side from surrendering their lead in the second half and said the rest of the team were just as much at fault for Championship side’s goal.

“Well, on the flipside of that, Kepa makes a really top save in the second half to make sure it doesn’t go to 2-2. It is very easy for people to sort of hone in on that but Kepa is not playing so regularly,” he told reporters. “He comes in after training well and he is a good goalkeeper and I will certainly give him that one in the first half.

“I am as annoyed that we let someone stand in our box in space and get a shot away when we shouldn’t have done. I think it was a general team moment of complacency with how we were at 2-0 which is not good enough.

“So, we got back to it very quickly and dominated the game and it made us slightly nervous to not have the two goal league that makes it comfortable. Once we got that back again, which we should have got a lot earlier, then the game was comfortable.”

Werner’s goal against Morecambe in the previous round of the competition is the only one he has scored for the club since early November and the coach feels his penalty miss sums up the Germany international’s current struggles on the pitch.

“When it’s not going for you quite, it can happen. I missed penalties, I know the feeling. I know he will feel despondent, maybe now and the last few minutes of the game, but he shouldn’t be.

“It’s my job and his teammates’ job to lift him and he will be fine. It was almost a sign of what’s going on for Timo at the minute, it’s not quite dropping for him, but there will be a time when he takes penalties without thinking about it and hits the back of the net without thinking about it. At the moment that’s not quite the time for Timo, but it will come and hopefully soon.” 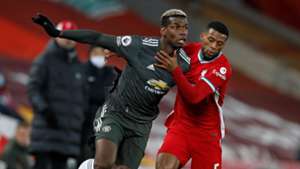