Avery Bradley made it clear he wants to see ‘real actions’ against social injustice before the restart of the NBA.

Bradley, who represents a cohort of players alongside Brooklyn Nets star point guard Kyrie Irving, is not in favor of resuming the season due to the current social climate.

“Regardless of how much media coverage will be received, talking and raising awareness about social injustice isn’t enough. Are we that self-centered to believe no one in the world is aware of racism right now? That as athletes, we solve the real issues by using our platforms to speak?

We don’t need to say more. We need to find a way to achieve more. Protesting during an anthem, wearing T-shirts is great, but we need to see real actions being put in to the works,” the guard of the Los Angeles Lakers told Malika Andrews and Adrian Wojnarowski in ESPN.

Story with @Malika_Andrews: Avery Bradley – co-leader of a players’ coalition with Kyrie Irving – tells ESPN his group is eager to hear the NBA’s, owners’ and sponsors’ plans of action on issues of importance to the black community prior to Orlando. https://t.co/1rNSvlfcRj

Wed Jun 17 , 2020
The champions of Germany have taken their “first step” towards a stunning trio of trophies by winning the domestic league, says the manager Hansi Flick did not shy away from a potential treble bid after Bayern Munich clinched the Bundesliga title on Tuesday. Bayern have been in outstanding form since […] 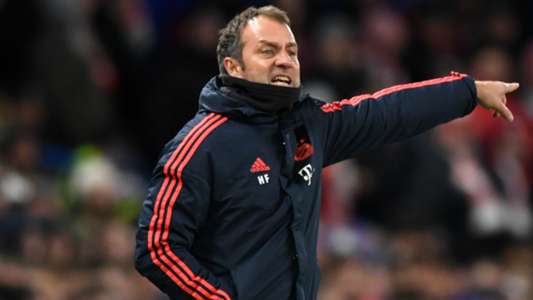