The 21st round of the 2020/21 season promises to be a special one, with a host of evenly matched fixtures to take place between Friday and Monday

The weekend begins with a very intriguing match between Real Valladolid and Huesca. The Pucelanos have had 11 first-team squad members absent from their past two La Liga Santander fixtures yet they still managed to achieve a couple of draws thanks to the performances of their backups. They still have many absences as they face bottom-of-the-table Huesca, but the team from Aragon have looked much improved under new coach Pacheta. It’s anyone’s guess what the result will be in this Friday night fixture.

Saturday’s action begins with in-form Sevilla travelling north for a tough fixture away at Eibar. As much as the Andalusian side have been playing well in recent weeks, a trip to Ipurua is always daunting and Sevilla have only won on one of their past five visits there. What’s more, Eibar won 1-0 when these two teams met earlier in the season. The big cause for optimism for Sevilla, though, is the form of striker Youssef En-Nesyri. He has the joint-most goals in the division so far this season, with 12, and he has five goals in his previous four matches against Eibar. There is no other opponent who the Moroccan has scored against more frequently over his young career.

Real Madrid vs Levante is the next game, taking place at 16:15 on Saturday. With the reigning champions having had a rare midweek of rest and having earned a big 4-1 win over Alaves last weekend, they’ll be raring to go against an opponent that scores a lot and that concedes a lot.

Next up is a derby in the Valencian Community as Valencia host Elche. The newly-promoted side haven’t won in any of their past 13 La Liga Santander matches. However, their last victory was against this Valencia side, a 2-1 win back in October. They’ll be looking for further joy against their neighbours.

The final one of Saturday’s La Liga Santander fixtures is Villarreal vs Real Sociedad, a clash between two teams who like to have the ball and play attacking football. While Villarreal have several players missing for this game, Real Sociedad come into the match in poor form, with just one win in their previous 10 league matches. La Real were also knocked out of this season’s Copa del Rey in midweek, even if they’ve still got last season’s final to play. This, then, is another very difficult fixture to predict and it should be a lot of fun when the ball gets rolling on Saturday night.

The first of Sunday’s fixtures sees Jose Bordalas take on his former club, as his Getafe side host Deportivo Alaves. The visitors have a new coach in the dugout as they recently re-hired Abelardo, but his first three matches have all ended in defeat and the Basque side are desperate for points. Getafe, meanwhile, were thrashed 5-1 by Athletic Club in their last outing and will be looking to get back on track.

The league leaders Atletico Madrid are in action after that as they visit Cadiz, a team they thrashed 4-0 earlier in the season. However, Cadiz have delivered some big results in some of their biggest fixtures this season and this might be one of the trickier trips remaining for Atleti as they aim to win their first La Liga Santander title since 2014. Furthermore, if second-placed Real Madrid win on Saturday then the pressure will really be on the league-leading Colchoneros in this one.

Yet another evenly matched fixture follows as Granada welcome Celta Vigo to the Nuevo Estadio de Los Carmenes. There has been one win each and one draw in the three matches played between these sides since Granada’s 2019 promotion and they’re just four points apart in the table too. Celta are hoping that Iago Aspas can return from injury in this game and, if he does, then that’ll be a huge confidence boost for the Galician outfit.

On Sunday night, Spanish football fans will be able to enjoy a rematch of the Spanish Super Cup final as Barcelona and Athletic Club face off again. This will be new Athletic coach Marcelino’s sixth match in charge of the team from Bilbao and third encounter against Barca. Already this January, these sides met in La Liga Santander as Baraa earned a 3-2 win at San Mames and then they faced off in the Spanish Super Cup final in Seville where Athletic won 3-2 after extra time. It’s exciting that these two classic sides will meet again, with this also to be Lionel Messi’s first match back since he was sent off in their previous meeting.

There’s even more football to come on Monday, as Real Betis and Osasuna round off the weekend. These are two teams whose form has improved a lot in recent weeks, and they’ll aim to keep that up in this clash at the Benito Villamarin. That’s yet another evenly matched encounter, one of many to come this matchday. 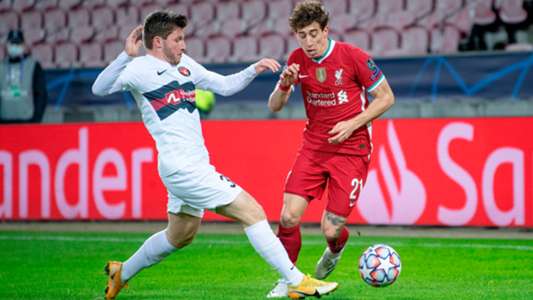