Milwaukee Bucks veteran sharpshooter Kyle Korver has admitted he’s ready to play given he stands a very good chance of winning his very first NBA championship if the season resumes, but he cares more about seeing things change than he does about winning a ring.

Amid the ongoing developments in the league, with some players for a return and several others against, Korver told ESPN’s Richard Jefferson he’s going to follow the lead of his black colleagues and reckons there’s a conversation to be had over whether players can effect change and play basketball at the same time.

“If we think that is the best way for change, I care more about change happening than a championship. On the other side, I am on a team that feels like we could win. And I have never won. I would like to win. So is there a way to do both? I think there’s a conversation there. But again, I’m going to follow the lead of my black brothers and teammates on this.”

Korver added he’s interested in seeing where the league takes this. Commissioner Adam Silver condemned systemic racism in the wake of George Floyd’s killing, as have most of the teams in the NBA. But Korver wants some form of action, not just words.

“I want change to happen. And I want to play a role in that however I can,” he declared. “I think there’s an opportunity in Orlando to be like, ‘How can we highlight change?’ The NFL’s come out with a $250 million [over 10 years to fight systemic racism] kind of their pledge how they’ll be about change. What’s the NBA going to do?”

Tue Jun 16 , 2020
Werder Bremen vs Bayern Munich Beat Werder Bremen 1-0 Bayern Munich are officially the Bundesliga’s 2019/20 champions after a 1-0 win against Werder Bremen on Tuesday night secured the Bavarians’ eighth straight title. They have won the title with two matchdays to spare, while they have the highest scorer in the […] 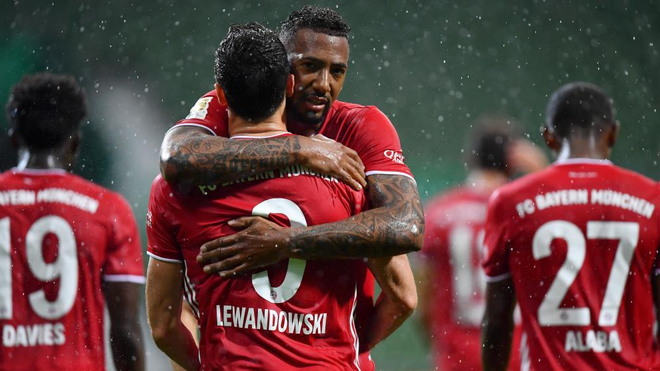