Ssentamu’s brace cancelled out goals from Yusuf Ssaka and Richard Matovu, who struck to give the Slaughters the lead on two occasions in either half.

Vipers started the game on a bright note and saw two of clear chances in the first 10 minutes saved by Kyetume’s goalkeeper Joel Mutakubwa. The goalkeeper first superbly dealt with Ssenatmu’s right-footed effort before he stopped David Bagoole – who was partnering Karim Watambala in midfield – from breaking the deadlock.

After Mutakubwa had denied the Premier League champions, Kyetume took an unlikely lead in the 12th minute when Ssaka found the back of the net to leave the Venoms stunned.

Vipers looked more determinant after going down to Ssaka’s goal and increased their attacks, which forced Kyetume to backpedal in order to stop their rivals from equalising.

But the visitors found their way past the defence in the 21st minute when Ssentamu – who has been a key figure especially in the goal-hunting exploration since his return – finally got one past Mutakubwa.

Head coach Fred Kajoba had to make a change in the 25th minute when Joseph Dhata left the pitch and Ibrahim Orit was brought on.

Vipers’ goalkeeper Denis Kiggundu made a brilliant save on the half-hour mark when he reacted quickly to stop Richard Matovu’s clinically delivered free-kick.

Despite attacks and counter-attacks by both sides no more goals were produced as they headed into the tunnel with the score tied at 1-1 at the interval.

Matovu, in the 50th minute, finally got the last laugh over Kiggundu as he fired Kyetume ahead once more. Kajoba reacted to the goal by making two changes as he brought on Mohamed Shaban and Abraham Ndugwa in place of Disan Galiwango and David Bagoole in the 58th minute.

Ssaka could have earned a brace but Kiggundu was brilliant again in the 59th minute when the Kyetume forward fired powerfully from close range. In the 67th minute, Ceasar Manzoki was substituted as his place was taken by Paul Mucureezi.

Kajoba made his final change in the 70th minute as Rashid Toha came on to replace Bashir Asiku. Ssentamu tried a bicycle kick in the 77th minute but his effort went wide even though Mutakubwa was all but beaten in the process.

Brilliant then Ssentamu equalised for Vipers in the 89th minute with a clinical free-kick. The last-minute strike ensured the Venoms head back to Kitende with a point from a match they struggled to impose themselves on.

Cristiano Ronaldo: How many Champions League titles has he won?

Tue Feb 16 , 2021
Cristiano Ronaldo has enjoyed a trophy-laden career with Man Utd, Real Madrid and Juventus – but how many Champions League trophies has he lifted? Cristiano Ronaldo is one of the most decorated athletes in world football, having lifted almost every trophy under the sun for both club and country – […] 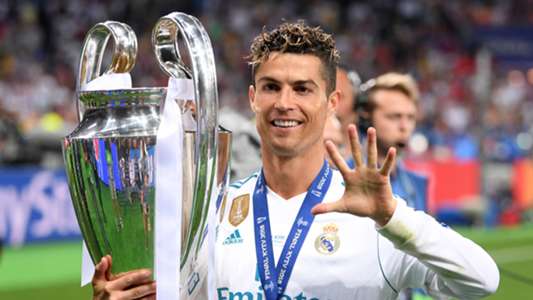