Kyetume FC defender Benon Tahomera has conceded the results the team are posting in the Ugandan Premier League are a reflection of what is going on off the pitch.

The players have been struggling financially as the club struggles to settle their dues.

Despite their relatively good start to the season, having collected two wins and three draws from the five games played, the defender believes they would have done better if not for demoralizing factors affecting the players psychologically.

“It is unfortunate that as a team we have not yet performed to our best,” Tahomera said as quoted by Football256.

“According to the talent we hold as a group, we can do more but the players are not up to it psychologically.

“I can tell you that as players, we enjoy what we do on the pitch, however, what is done on the field of play is simply the fruit of what has been prevailing off the pitch. And yes, our results can tell we are not well.

“I do think if you sign a player and have a contract, then it is out of respect that the terms should be followed but whenever it is breached one remains disappointed.”

The experienced centre-back has, however, lauded their coach Livingstone Mbabazi for motivating the players and ensuring they are giving their best on the pitch despite the off-pitch problems.

“The coach has been patient and he deserves credit. He has always encouraged us to keep going even when the financial challenges continue to prevail,” Tahomera added.

“The players were really in bad shape during the first games and they needed to be motivated and thanks be to the [coach] who did all it takes to keep the boys together.

“We truly believe in him and we are ready to rally behind him. We are three points away from the log leader and I know they are still in our reach.”

So what is Tahomera’s take on the five games they have played in the UPL?

“The first five games of the season were not bad though they were not the best because I am sure as a team we can offer better,” he said.

“For the start, we missed some players simply because of delayed license clearance. But it is good that now many have been cleared and we can build on from that and push on.

“From now, we are going to fight tooth and nail to recover our form and fight for the best.”

The Mukono-based charges will play Police FC in their next assignment on February 12.

Fri Feb 5 , 2021
The African Football HQ podcast comes in the midst of a blockbuster weekend of African football. On Monday, the transfer window concluded, wrapping up a month of fascinating deals involving African players. The best and worst of those January deals are assessed by Malek Shafei and Ed Dove in this […] 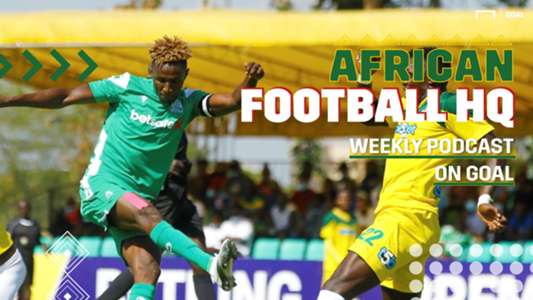